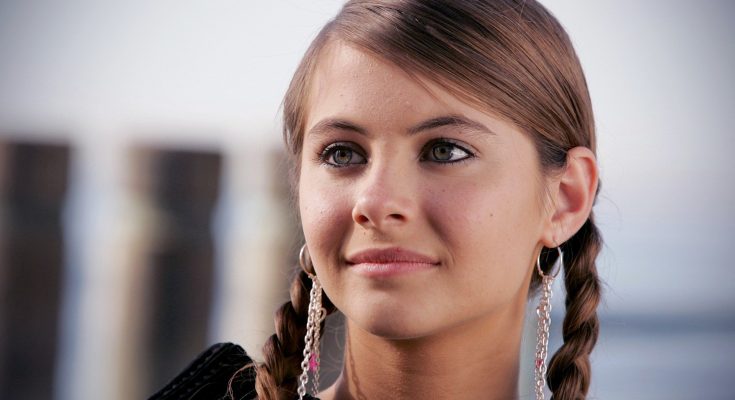 Even without any makeup, Willa Holland looks hot. Below, the model is pictured with little to no makeup on her face.

Willa was born June 18, 1991 in Los Angeles, California. Holland worked for Ford Modeling Agency since she was only seven years old. But her main career was destined to be acting. Her family knows for example Steven Spielberg and other important people from movies industry. You probably know her as Kaitlin Cooper on TV series The O.C. or Agnes Andrews on Gossip Girl. In 2014, Willa is playing Thea Queen on Arrow.

Willa Holland is looking captivating when she is makeup-free. Check out her natural beauty and splendid skin.

I’d love to work with Julia Roberts and Johnny Depp or Dick Van Dyke. I love ‘Mary Poppins’ – when I was little I was obsessed with it.

I think that at 21, I still look like I’m 17 years old, so I feel like I’m going to be playing teenagers for a while, and that’s a very relatable stage in a teenage life for a female – that kind of rambunctious stage.

Adapting a Judy Blume book is something I really wanted to do, and you couldn’t grow up in the ’90s without knowing about ‘Tiger Eyes’ and reading it. It should’ve been assigned to all teenage girls.

It’s so much fun to play the bad girl. Everybody has that little side of them they never really get to get out.

I enjoyed ‘The OC’ immensely but I want to expand my horizons more before repeating myself.