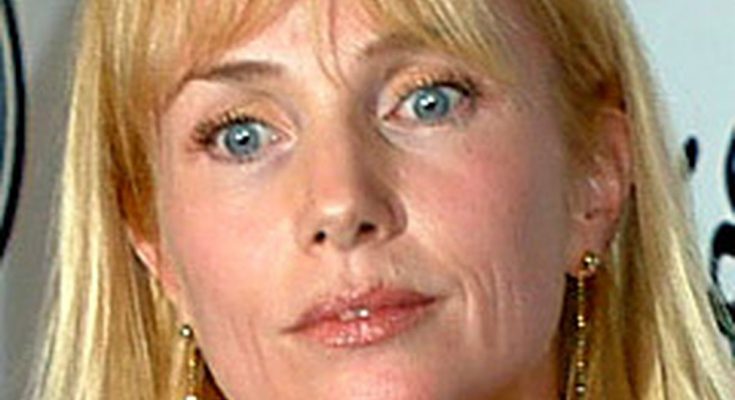 Rebecca De Mornay looks incredible without makeup. Below, she is pictured with little to no makeup on her face.

Rebecca was born August 29, 1959 in Santa Rosa, California. She was married two times but both marriages ended with divorce. Rebecca has two daughters, Sophia and Veronica. Her notable movies include Runaway Train, And God Created Woman, and American Venus. Young Rebecca appeared in lot of her early movies undressed. Back then she had a slightly slimmer body and smaller A cup size.

Rebecca De Mornay is looking remarkable when she is makeup-free. Check out her natural beauty and glorious skin.

I’ve never had a manager, and I’ve had various agents, and, fortunately or unfortunately, I’ve been blessed.

I just think that I’ll never have plastic surgery if I’m not in front of the camera. If you make your living selling this thing, which is the way you look, then maybe you do it. But trust me, the minute I’m directing or producing and not starring, I would never even think of it.

I grew up in Europe, and I used to like those very slow-moving European films. I’ve been contaminated by the American TV culture, and I just want things to move faster now.

I think there’s a knowingness in my face.

I have this very strange sensitive skin. If I put anything on it but this one product, it erupts into a rash.