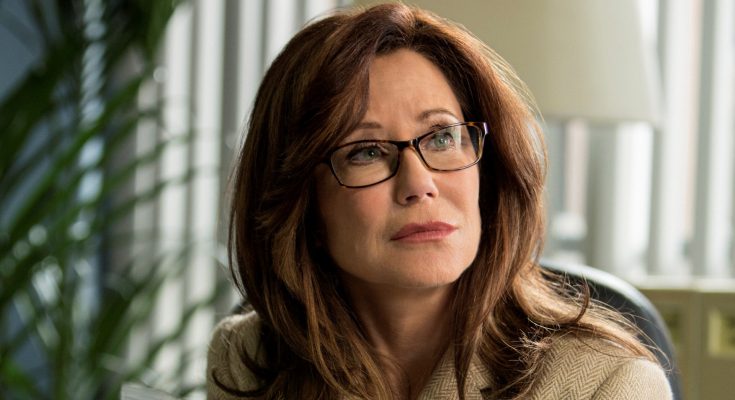 Mary McDonnell looks alluring without makeup. Below, she is pictured with little to no makeup on her face.

Mary was born April 28, 1952 in Wilkes-Barre, Pennsylvania. She is known for her role as President Laura Roslin, in Battlestar Galactica and as the First Lady in Independence Day. In 1990, she also starred in Dances with Wolves, where she played with actor Kevin Costner and Graham Greene. In the Independence Day, Mary co-starred with Will Smith, Bill Pullman, and Vivica A. Fox. Her latest movie appearances are in 2011, Scream 4 and Margin Call. After closing TV series The Closer in 2012, she returned with same character – Captain Sharon Raydor, in the spin-off Major Crimes that will air it’s fourth season on June 8, 2015.

Mary McDonnell is looking captivating when she is makeup-free. Check out her natural beauty and splendid skin.

Actors are part of a certain percentage of people on this planet who have an emotional vocabulary as a primary experience. It’s as if their life is experienced emotionally and then that is translated intellectually or conceptually into the performance.

I do think that it’s extremely important with this character show her assuming power with a great deal of grace, and find out how to do things she won’t like – the things she’s called upon to do.

We never know all the facts and the more we’re mindful of how we deal with people, the more opportunity we have to evolve.

The Cylons are such a frightening concept – not knowing who is real. No way.

It’s really important for actors to feel that they’re more than something for hire.