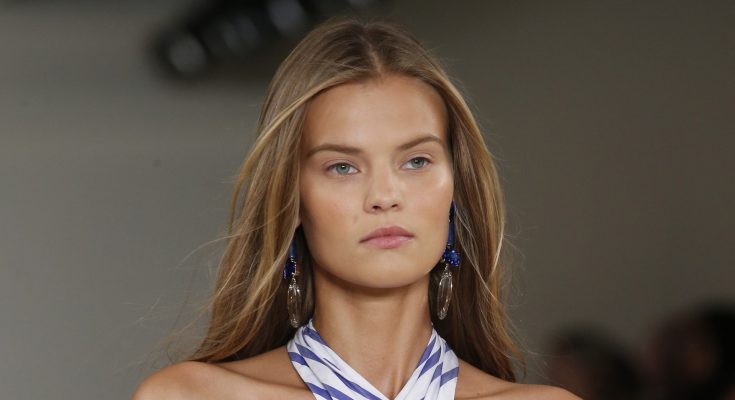 Kate Grigorieva looks impressive without makeup. Below, she is pictured with little to no makeup on her face.

Kate was born 15 September 1989 in Olenegorsk, Russia. Kate studied at Murmansk State Technical University and her major was Marketing. Kate appeared at Miss Russia 2012, where she was placed among the top 10 finalists. Kate appeared in reality TV show Russia’s Next Top Model. After that Kate signed contract with modeling agency in New York. Kate debuted at the 2014 Fall/Winter Fashion Week in New York, where she walked for many top international designers such as Donna Karan, Tory Burch, and Ralph Lauren. Grigorieva has also appeared in catalogs for Victoria’s Secret. No wonder, with her perfect body measurements. The same year kate walked for the very first time at the Victoria’s Secret Fashion Show 2014. This Spring (2015), Kate was introduced as one of ten new Victoria’s Secret Angels. Grigorieva was also featured on the cover of Vogue Russia, November 2014.

Kate Grigorieva is looking incredible when she is makeup-free. Check out her natural beauty and glorious skin.