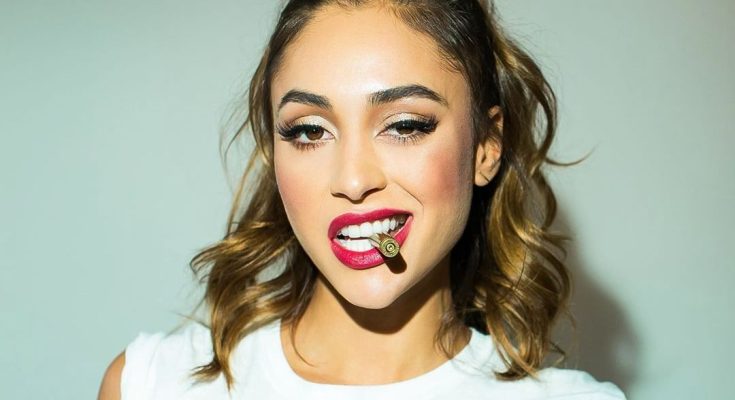 Lindsey Morgan looks captivating without makeup. Below, the model is pictured with little to no makeup on her face.

Lindsey was born February 27, 1990 in Georgia, but her parents moved with her to Houston, Texas. She has Mexican and Irish ancestry. This hot actress appeared in the couple of movies but her most famous roles are the ones from TV shows. Morgan played Kristina Davis in General Hospital and for the 2014 her most important role is Raven Reyes on The 100. We are sure she has even more great roles ahead of her.

Lindsey Morgan is looking alluring when she is makeup-free. Check out her natural beauty and incredible skin.

When I play Raven, I have to play her at the height of my intelligence.

The problem with Raven is that she’s so smart, so sometimes it’s hard for her to be hopeful or idealistic, because she’s so realistic. So even if she’s working on a solution, she’s not proud of it until it’s concrete.

There are times in my life where I’m frantic and I think to myself, ‘Okay, what would Raven do now?’ As dumb as that sounds, it’s in my head.

That’s one thing I love about Raven, is that she’s always rebuilding herself to be better and stronger.

As cheesy as it might sound, I’ve got to give credit to movies like ‘The Hunger Games’ and ‘Divergent’ because they are stories written about young heroines. It’s not just about super guys any more.