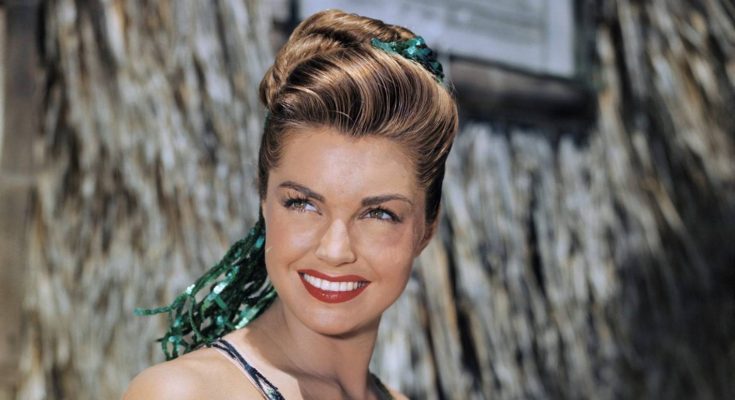 Esther Williams looks amazing without makeup. Below, she is pictured with little to no makeup on her face.

Esther was born August 8, 1921 in Inglewood, California. In her late teens, she already hold several swimming records. In 1940’s and 1950’s Williams also became a Hollywood star, playing in movies like Bathing Beauty, On an Island with You, Million Dollar Mermaid, and many others. She was married three times, to Leonard Kovner, Ben Gage, and Fernando Lamas. Williams died on June 6, 2013 from natural causes. She was 91 years old.

Esther Williams is looking enchanting when she is makeup-free. Check out her natural beauty and impressive skin.

I took a job at the pool in order to earn the five cents a day it cost to swim. I counted wet towels. As a bonus, I was allowed to swim during lunchtime.

I never walked the streets of New York hoping to be a musical comedy star. For one thing, they would have thought I was too tall, because l was five feet eight and a half, and they were all little bitty things running around in the studio at that time.

I was the only swimmer in movies. Tarzan was long gone, and he couldn’t have done them anyway; he could never have gotten into my bathing suit.

I gave my eardrums to MGM. And it’s true: I really did.

Critics established a snobbery toward me.