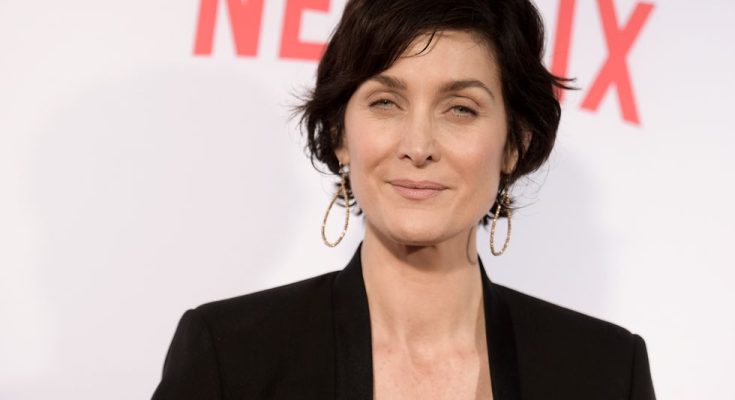 Carrie-Anne Moss looks typically admirable, but what does the model look like without makeup? Below are pictures revealing how her makeup-free face looks.

Carrie-Anne was born born August 21, 1967 in Burnaby, Canada. She had several roles through nineties but breakthrough success for her was Matrix. Her role of Trinity gained her millions of fans around the globe. Her other notable movies are Red Planet, Disturbia, and Love Hurts. In 2014, Moss is starring as Aurelia on Pompeii. Carrie-Anne is married to actor Steven Roy since 1999. They have three kids together.

Carrie-Anne Moss is looking incredible when she is makeup-free. Check out her natural beauty and lovely skin.

Where it gets clear for me about the privacy issue is with my kids because they didn’t choose this kind of life. I’m an incredibly open person, though – I’ll tell anyone anything.

My husband jokes that I’ll invite people over for dinner and he won’t know who they are or where I met them. But in my work world, I’ve never really been tempted to tell too much of my story.

In TV, I did scripts that were not well-written, and I learned how to make bad material okay. That’s a hard thing to do; you can learn bad habits, but you can also learn to find something in anything.

Not for one second do I not, like, pinch myself that I’ve had a successful acting career for 24 years. I am so grateful. But it’s unfortunate that we live in a society that really puts a lot of pressure on women to look a certain way and to age a certain way. I think that sucks.

For me, I always nurse out in public. It never crossed my mind, because I was taking care of my child, and I was living my life. We need to know as women that that is normal and great and beautiful and OK. And I want to be part of that conversation – not making anyone feel wrong if they don’t do it.