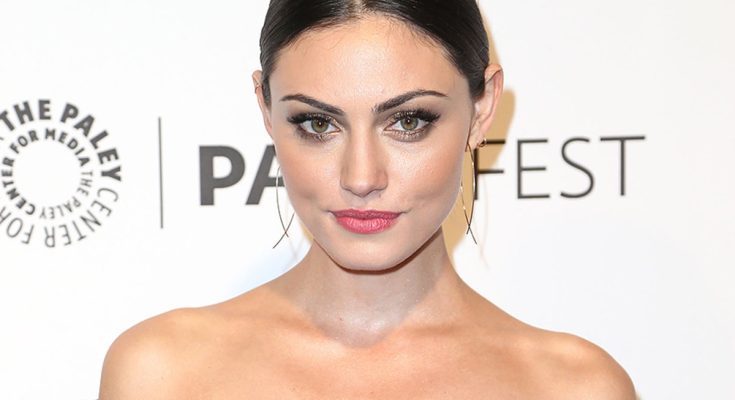 Even without any makeup, Phoebe Tonkin looks gorgeous. Below, the model is pictured with little to no makeup on her face.

Phoebe was born 12 July 1989 in Sydney, Australia. As a kid, Tonkin attended various dance courses. Her first role was Cleo Sertori in H2O: Just Add Water. She became very popular as Faye Chamberlain on The Secret Circle. Bur her biggest success so far is her role as hot Hayley Marshall on The Vampire Diaries and it’s spin-off The Originals. She not only became worldwide famous but also met there her current boyfriend Paul Wesley (starring as Stefan Salvatore).

Phoebe Tonkin is looking remarkable when she is makeup-free. Check out her natural beauty and outstanding skin.

I used to be that crazy person that was strict about what I did and didn’t eat. I was so diligent with exercise. And as soon as I stopped thinking about it, I lost weight. I wasn’t stressing about it. The balance and relaxing is what’s really helped me.

I’m not a crazy granola person. I like to wear beautiful clothes, and I like having a glass of wine, but it doesn’t mean I don’t work out every day and drink green juices.

Los Angeles and Sydney are very similar, but I definitely enjoy more fresh seafood when I’m back in Australia, as there is so much great, fresh produce here. I also like going swimming at the beach while I’m home, too.

I loved Gwyneth Paltrow in ‘The Royal Tenenbaums’ and Reese Witherspoon in ‘Election.’ I love quirky films and characters like that.