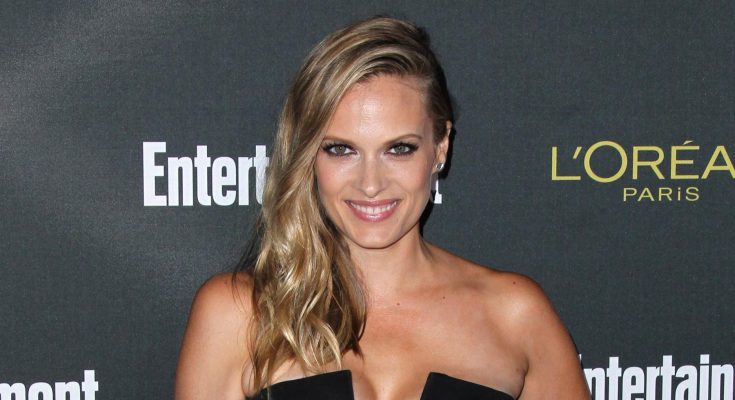 Vinessa Shaw looks hot without makeup. Below, the model is pictured with little to no makeup on her face.

Vinessa was born July 19, 1976 in Los Angeles, California. That is definitely good place to be, if you wanna become an actress. Shaw had not only greast location but also talent and hot body measurements. She played Domino on Eyes Wide Shut, Nicole on 40 Days and 40 Nights, and Sandra Cohen on Two Lovers. In 2014, Vinessa will appear on Cold in July. She’s a Buddhist.

Vinessa Shaw is looking extraordinary when she is makeup-free. Check out her natural beauty and phenomenal skin.

It’s such an awkward, strange thing that was concocted, to have auditions. Back in the old days, you’d just have a screen test, and they’d say, ‘Oh, you seem natural in front of the camera,’ and you’d just go do 10 pictures for Paramount or whatever.

I was going to school thinking I was going to do something entirely different, thought acting was just a hobby at that point, met Stanley Kubrick and was like, ‘Whoa, this can be an art form, and you can really move people the way you do simply by acting.’

In ‘Garden Party’ or ’40 Days and 40 Nights,’ I played characters who people don’t necessarily like; I just find some humanity in them.

I believe that dialogue is the key to breaking through our tendency to separate and isolate. Dialogue changes isolation and loneliness into connection and interdependence. This, I believe, is the essence of Buddhism.

Anywhere in the world, any day of the week, in 192 countries and territories worldwide, one can find an SGI Buddhist meeting where dialogue is at the fore.