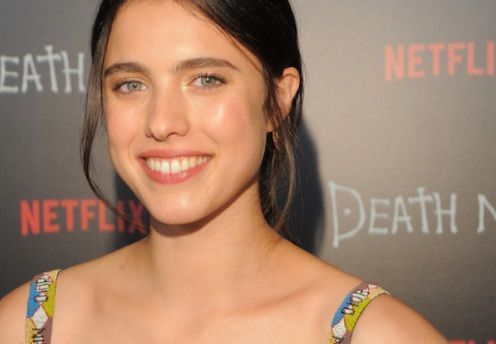 Margaret Qualley looks impressive without makeup. Below, she is pictured with little to no makeup on her face.

Margaret was born October 23, 1994 in Kalispell, Montana into the high profile family of successful Hollywood actress and male model. As a teenager, Margaret studied ballet and earned an apprenticeship at American Ballet Theatre. Thanks to her slender figure and charming face also got several jobs as a model, for example for Chanel catwalk.As an actress, Qualley appeared in The Leftovers, Death Note, and IO. In 2018, media brought rumors about her dating Brad Pitt who is way more older than her. But it was never confirmed. Previously, Nat Wolff used to be her boyfriend. But as of right now it looks like she might be enjoying single life. She lives in LA with her sister and rescue dog Books.

Margaret Qualley is looking admirable when she is makeup-free. Check out her natural beauty and glorious skin.

I went to the Professional Children’s School in New York, and I started modeling because I could do that until I actually figured out what I wanted to do, and it gave me the opportunity to travel.

With ‘The Leftovers,’ I was actually super, super lucky. It was my first major audition. When I came out, the casting director was kissing me on the face, and I was like, ‘Oh, that’s probably a good sign.’

It was funny being at high school and also grocery shopping and having a job. Other kids were going home to their parents, who were doing their laundry, and I was like, ‘Wait, what?’ I was super isolated. I was 16, alone in New York, and modelling.

I left home at 15 to go to the North Carolina School of the Arts.

My mother has been an advocate for me as far as modeling goes.