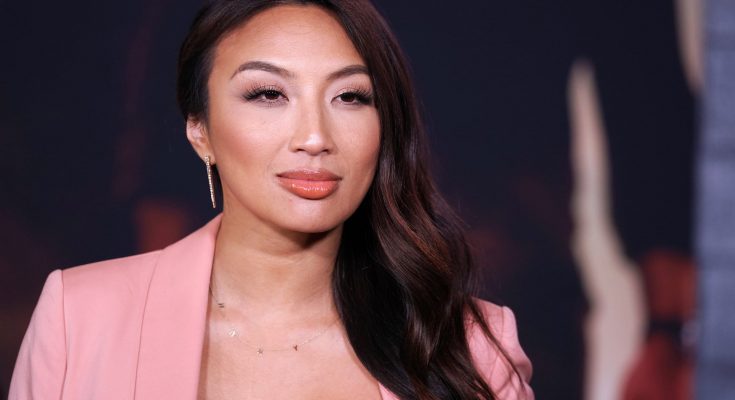 Jeannie Mai looks remarkable without makeup. Below, she is pictured with little to no makeup on her face.

Jeannie was born January 4, 1979 in San Jose, California but she has Chinese and Vietnamese ancestry. She earned her university degree at De Anza College. Mai started her makeup artist career with a job for MAC Cosmetics. Today, she’s famous for her own show How Do I Look? and as a co-host of Miss Universe. She’s married to Freddy Harteis since 2007. Harteis is also a TV host. Jeannie also appeared once as a guest judge on Asia’s Next Top Model.

Jeannie Mai is looking hot when she is makeup-free. Check out her natural beauty and gorgeous skin.

It’s horrible dating with Mama Mai! She is nosy. When I was a kid she would be the first one eavesdropping on my phone calls: ‘Hello? Who you call for? Huh?’

I was 103 pounds for 12 years, and what’s crazy is that I actually wanted to weigh 100. Honestly, it was for no other reason than the fact that I thought it would be cool to say that I weighed 100 pounds.

Holey Moley’ is the funnest, craziest, most extreme miniature golf series you will ever experience. It was insane. If you’ve ever played miniature golf, this is unlike everything you’ve experienced.

I think when people let their inhibitions go, they’re so fun and so free. I think we all have it within us, but the world, your job, responsibilities, stupid stuff you have to do as a grownup, Instagram, makes you feel like you always have to be cool, and I like any opportunity where you don’t have to always be cool.

Selling the commodity of humans has to be the biggest business out there, as it is the most lucrative. I cannot go to sleep at night, unless I know that I am using all of my platforms to fight human trafficking.