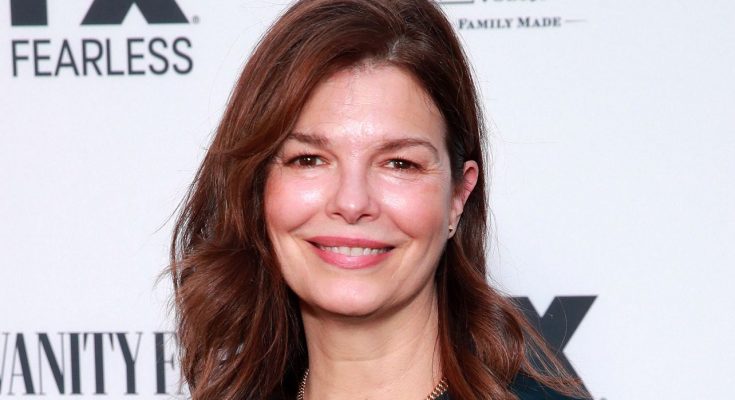 Jeanne Tripplehorn looks enchanting without makeup. Below, she is pictured with little to no makeup on her face.

Jeanne was born June 10, 1963 in Tulsa, Oklahoma. Her famous movies are Basic Instinct, The Firm, Very Bad Things, and A Perfect Man. She also played Alex Blake on Criminal Minds and Barbara Henrickson on Big Love. Tripplehorn is married to actor Leland Orser since 2000 and they have one son. Jeanne and Alex arrived together to HBO’s Post Golden Globe Party and Jeanne wore black dress with sheer top. She looked just stunning.

Jeanne Tripplehorn is looking stunning when she is makeup-free. Check out her natural beauty and extraordinary skin.

The government doesn’t really prosecute for polygamy anymore, but a lot of the arrests are of groups supporting themselves through welfare scams or for child abuse. So that was all I’d really heard about polygamists.

I’d really been wanting to do a television series. I was looking for a comedy.

But I don’t think that it’s a form of family that I would be comfortable in. I’ve found a way to this character and this family, but I still believe that a marriage is between two people and not seven or three.

I’ve been playing tennis, and just whatever sport is in front of me I will do.

I’ve been working on Barb for a while. I looked at her as a sort of every woman. She’s incredibly strong; she’s incredibly generous. She’s seemingly insane because she is in the situation of a polygamous relationship, but she had definite reasons to do it.