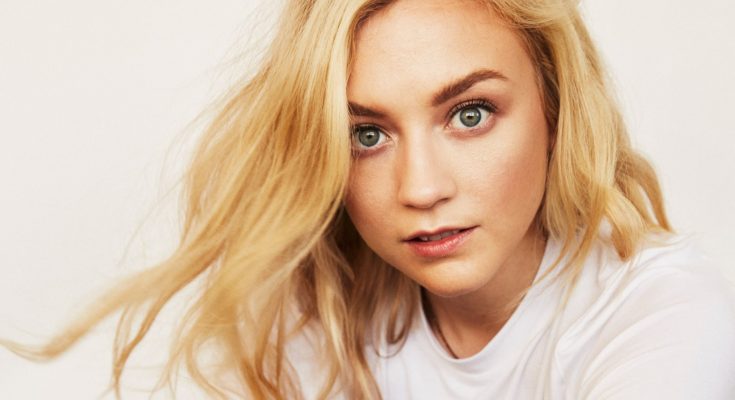 Emily Kinney looks outstanding without makeup. Below, she is pictured with little to no makeup on her face.

Emily Kinney was born August 15, 1985 in Wayne, Nebraska. She got famous by her appearance in the TV series The Walking Dead, where Emily played as Beth Green. She also speared on several music events and worked with Lauren Cohan on the single The Parting Glass which became soundtrack for The Walking Dead. This year Emily was seen in one episode of TV series The Following. In 2015 she will be stared as herself in documentary movie Stages.

Emily Kinney is looking incredible when she is makeup-free. Check out her natural beauty and splendid skin.

It’s definitely one of those things when you decide to be an actor that it would be really cool to be in a Broadway show or a series regular on a hit show.

Sometimes when you’re starting out with acting, you have to take what you can get to get experience and meet people.

Acting is so much about waiting… waiting for an audition, waiting for the right part to come along. It’s nice to write your own thing, write about what you’re feeling and then go out and perform them. It’s a nice thing to have and not get bored.

I would rather do a project that I’ve invested so much time to, rather than try to get a part on another show.

When I was little, we moved around a lot, actually. In second grade, I think I went to three different schools. We were in Nevada and Oregon and as well as a few different places in Nebraska. I did go to high school in the same town.