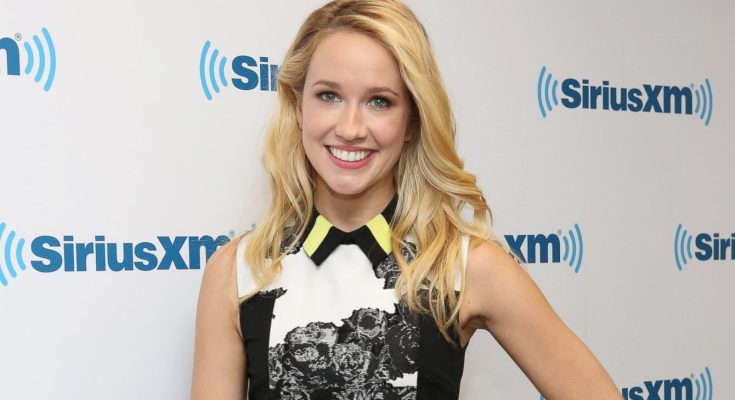 Anna Camp looks hot without makeup. Below, she is pictured with little to no makeup on her face.

Anna was born September 27, 1982 in Aiken, South Carolina. She married actor Michael Mosley in 2010 but eventually divorced in 2013. She’s currently dating another actor, Skylar Astin (Pitch Perfect co-star). Camp became famous as Sarah Newlin on True Blood, and Gwen Grandy on Mindy Project. In 2015, Anna will be starring on Pitch Perfect 2. And we believe she has the peak of her career still ahead of her.

Anna Camp is looking gorgeous when she is makeup-free. Check out her natural beauty and marvelous skin.

I think that the audience wants to see women being put into real situations where they can relate to them, rather than seeing some glamorous woman in a ‘Bond’ film.

I went to college at North Carolina School of the Arts and took a lot of singing classes, and it really is so connected to emotions.

Ultimately, I don’t think you can teach a tone-deaf person how to sing. Some talents you’re just born with, unfortunately.

I started doing regional theater. My first job was ‘The Importance of Being Earnest’ at Dallas Theater Center.

I’m a huge fan of Jessica Lange and ‘American Horror Story.’ I would love to work with her. She’s been one of my favorite actresses for a while.