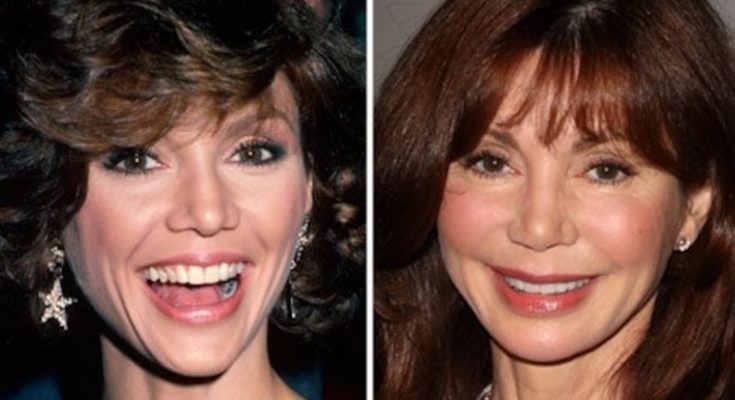 Victoria Principal looks lovely without makeup. Below, she is pictured with little to no makeup on her face.

Victoria was born January 3, 1950 in Fukuoka, Japan (her family was a part of USAF stationed in Japan). She has Italian and English ancestry. Principal was married twice. Her first husband was Christopher Skinner. She was also married to Harry Glassman until 2006. As a popular TV star, Victoria posed also for many magazines, including Shape, People, and Bazzar. She even posed for Playboy magazine in 1973 wearing only black lace panties. On this photoshoot and movie The Naked Ape from the same year is nicely visible that her large bust is natural not fake. Principal never had breast implants as some people thought because of her full cleavage on Dallas.

Victoria Principal is looking admirable when she is makeup-free. Check out her natural beauty and marvelous skin.

I went to a woman for advice about how to be in business, but I learned a great deal from men.

When I started Victoria Principal Products, there were 22 full-time employees – they were all women.

When women work together, it’s a bond unlike any other.

If wanted to play a sport, I played a sport. If I wanted to do things that many girls born in 1950 didn’t do, I did it.

There came a moment in my life when I realized that I had stepped into another part of my life. I used to walk into a room full of people and think, do they like me? And one day I walk in and I thought, do I like them?