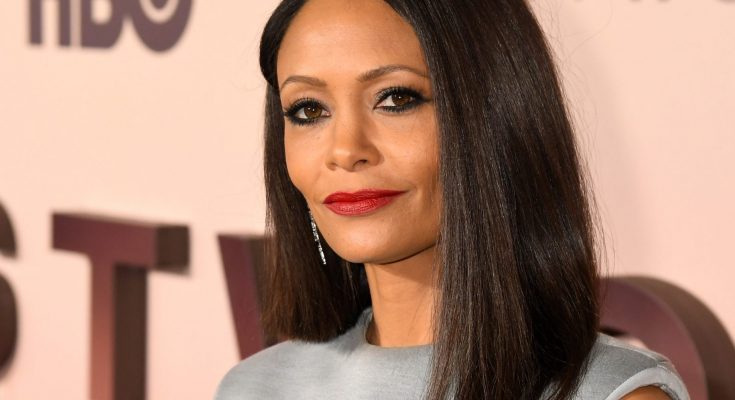 Thandie Newton looks incredible without makeup. Below, she is pictured with little to no makeup on her face.

Thandie was born born 6 November 1972 in London, UK. She has English and Zimbabwean ancestry. She studied social anthropology at Downing College, Cambridge. Newton is married to Ol Parker since 1998. They have three kids. She’s a vegetarian and was voted the Sexiest Vegan of 2014 in the UK by PETA. Thandie played in Mission: Impossible II, The Chronicles of Riddick, and ER.

Thandie Newton is looking gorgeous when she is makeup-free. Check out her natural beauty and glorious skin.

If I could change my appearance, I would have the gap between my front teeth put back in.

I can hardly find the words to describe the peace I felt when I was acting. My dysfunctional self could actually plug in to another self, not my own, and it felt so good. It was the first time that I existed inside a fully-functioning self – one that I controlled, that I steered, that I gave life to.

Then I became a mother and it just fills every space, that isn’t filled with something else important. It’s just like this incredible balloon that blows up and fills life up.

I can hardly find the words to describe the peace I felt when I was acting. My dysfunctional self could actually plug in to another self, not my own, and it felt so good.

We’re in this amazing frontier of transparency. WikiLeaks. Edward Snowden. ‘Westworld’ is reflecting that with these robots gaining consciousness. Them coming into consciousness is almost like us, human beings, coming into the truth of the fact that government is corrupt. Police are corrupt. Banks are corrupt. Etcetera, etcetera.