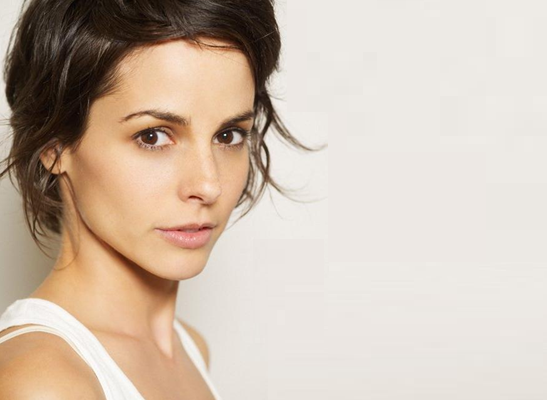 Stephanie Szostak looks attractive without makeup. Below, she is pictured with little to no makeup on her face.

Stephanie was born June 12, 1975 in Paris, France. Although she originally relocated to US in order to study business, her beauty and talent got her a spot in show business. She played for example in The Rebound, We Bought a Zoo, and Iron Man 3. Since 2018, Szostak is playing Delilah Dixon in a television show A Million Little Things. She married her long-term boyfriend ‎Britt Szostak and together they have two children.

Stephanie Szostak is looking admirable when she is makeup-free. Check out her natural beauty and astonishing skin.

People are so obsessed with making their careers and having a big house; then you realize that kills your dreams. It even kills what makes your life because you get so busy inside.

I studied business in school, so I worked for Chanel in marketing. And I also worked part-time in an office. So I had office jobs. And then I realized I needed to get the hell out of there, just realizing there was no fulfillment.

I painted with my husband a portrait of a naked Serge Gainsbourg draped with a French flag, and it hangs in our bedroom. I love gritty and dark art like what the German couple Herakut does.

I started with commercials – for shampoo, pancakes, insurance, Volvo. I did a Lux soap commercial with Sarah Jessica Parker. And I got a role in an indie film called ‘Satellite’ that did well in festivals.

My name is actually Polish. It’s my husband’s name. Most people say ‘Zaw-stak,’ but it’s ‘Show-stack,’ like you’re going to a show, eating a stack of pancakes.