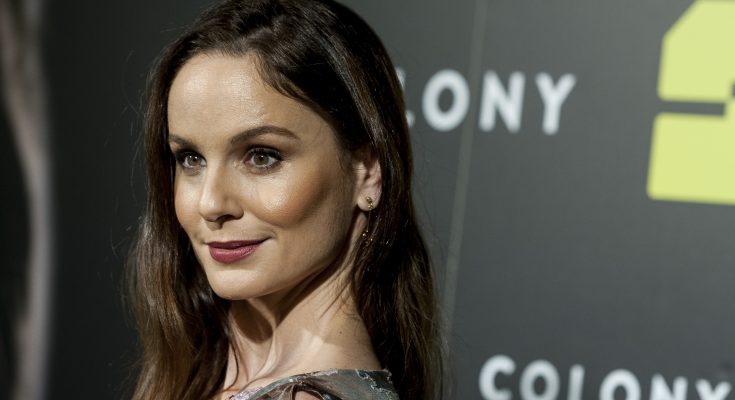 Sarah Wayne Callies looks splendid without makeup. Below, she is pictured with little to no makeup on her face.

Sarah was born June 1, 1977 in La Grange, Illinois. She’s most famous for TV series Prison Break, Into the Storm, and The Walking Dead. Sarah attended Denver’s National Theater Conservatory and achieved her Master of Fine Arts degree in 2002. The same year Callies married Josh Winterhalt. In 2007, Sarah gave birth to their daughter Keala. Sarah was also voted one of Maxim’s “The Hottest Women of Fall TV ’08. Most recently, Sarah starred in the movie Into the Storm (2014) and TV series Colony (2015).

Sarah Wayne Callies is looking alluring when she is makeup-free. Check out her natural beauty and remarkable skin.

I think I’m probably much better at the boots and pocket knife thing than I am at the high heels and martini thing.

One thing that annoys me is when you see women in these terrible and incredible situations with perfectly glossed lips. You’re not going to look good in the apocalypse.

I’m learning to hunt with rifles, because if you think about it, hunting gets you the healthiest meat – organic, free-range food. It’s a totally yuppie spin on what I thought was kind of a redneck occupation.

I am fascinated in religion and theology and what people believe.