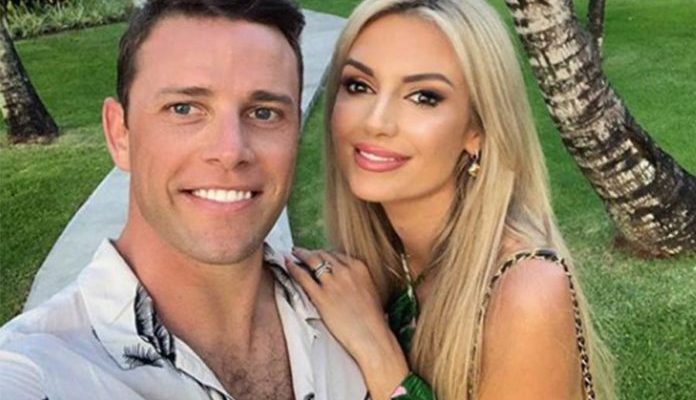 Rosanna Davison looks lovely without makeup. Below, she is pictured with little to no makeup on her face.

Rosanna was born in Dublin, Ireland, on April 17, 1984. Her father is the well-known actor Chris de Burgh, so she grew up in a wealthy family.
In 2003, Rosanna won the Miss World. After that, Davison’s modeling career skyrocketed. She has signed Storm Model Management agency and also appears from time to time on television.

The year 2017 was very memorable. Rosanna participated as one of the housemates in Celebrity Big Brother. That’s right. This stunning model was one of the contestants in this popular reality show franchise. Davison likes to share bikini pictures of her perfect Instagram measurements, so she should be fine living in a specially designed house with many cameras because it isn’t precisely for shy people.

But Wesley Quirke, her husband, might get jealous. They have been married since 2017, and we already saw a lot of romances forming inside the house. We are happy their marriage survived this challenge, and it is said they are expecting twins now.

Rosanna Davison is looking astonishing when she is makeup-free. Check out her natural beauty and incredible skin.