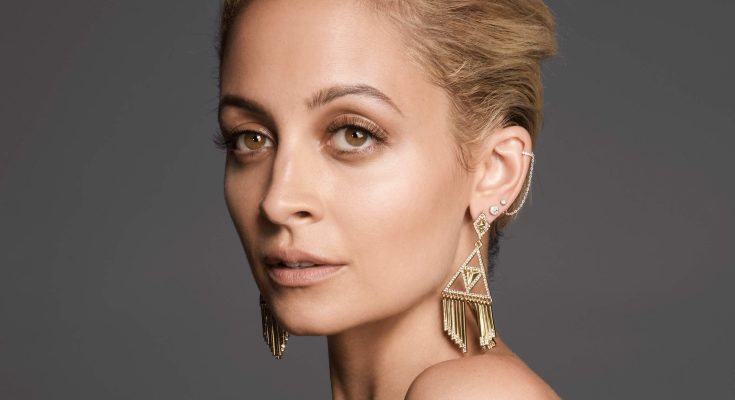 Even without any makeup, Nicole Richie looks marvelous. Below, the model is pictured with little to no makeup on her face.

Nicole was born September 21, 1981 in Berkeley, California as Nicole Camille Escovedo. She became famous through reality TV show The Simple Life, together with her friend Paris Hilton. Richie has Spanish, African, and Mexican ancestry. Richie dated DJ Adam Goldstein in the past, but broke up with him after a nine-month engagement period. She’s married to Joel Madden since 2010 and has two kids. In 2006, Nicole was way thinner than ever before and it fueled speculation about possible anorexia or bulimia. She was arrested couple of times and was involved in other controversial news as well.

Nicole Richie is looking lovely when she is makeup-free. Check out her natural beauty and gorgeous skin.

I’ve just gone through so much in my life that pulling my top up just doesn’t seem like that big a deal.

When my dad divorced my mom it was kind of like him leaving me also.

I absolutely love Oscar. So classic. So timeless.

Anytime I am around a male body part it is kind of exiting.

I’m a Virgo and I’m really good at scheduling. And I really make it work. I get up 6.30 every day.