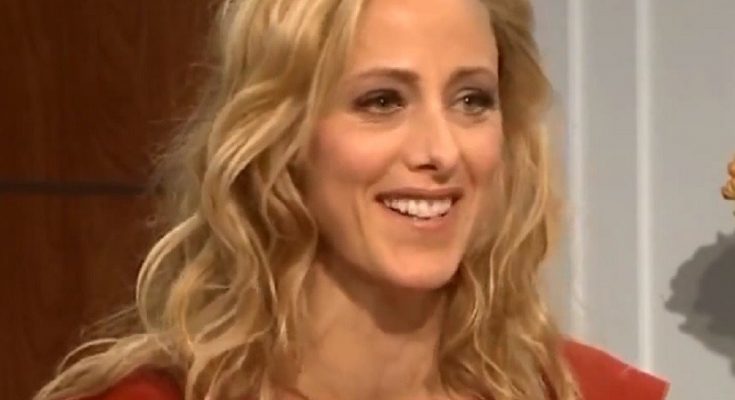 Kim Raver looks enchanting without makeup. Below, she is pictured with little to no makeup on her face.

Kim was born March 15, 1969 in New York City, New York. She earned her Bachelor of Fine Arts degree in drama at the Boston University. Investing in the education apparently paid off since Raver became increasingly famous over the years and appeared in numerous movies and TV shows. Let’s mention for example Grey’s Anatomy from hospital environment and Night at the Museum. In 2000, Raver married Manuel Boyer. She gave birth to their to sons, Luke and Leo.

Kim Raver is looking beautiful when she is makeup-free. Check out her natural beauty and smooth skin.

When I started ‘Third Watch,’ I knew I was going to be with the firefighters and lifting, so I was doing yoga, running, and swimming – all at the same time. I didn’t have a kid then. Now I don’t have time for that. I want to spend time with my son and my husband, so it’s mainly just yoga now.

In this business, there is an insane amount of pressure, spoken and unspoken, to be thin. If you look at some of the television shows, eating disorders become like a competitive thing.

I’ve learned from my French husband and the way they eat, it’s all about moderation. And that’s really sustainable.

When I need a break from the boys, I go with my girlfriend to buy pretty little dresses for her daughter.

I think it’s necessary to let kids get bored once in a while – that’s how they learn to be creative.