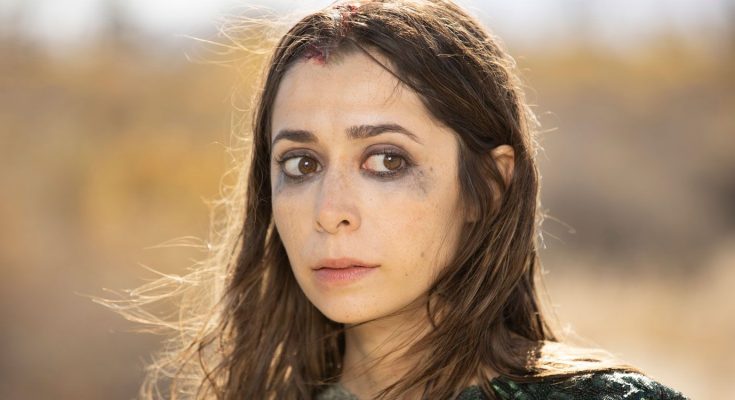 Cristin Milioti looks beautiful without makeup. Below, she is pictured with little to no makeup on her face.

Cristin was born August 16, 1985 in Cherry Hill, New Jersey. Her ancestry is partially Italian. Milioti appeared in several movies, such as Year of the Carnivore, Sleepwalk with Me, and The Wolf of Wall Street. However, her most famous role is Zelda Vasco from TV series A to Z. She’s also often guest-starring in other TV shows such as How I Met Your Mother and The Good Wife.

Cristin Milioti is looking extraordinary when she is makeup-free. Check out her natural beauty and phenomenal skin.

I think one of the funniest things about ’30 Rock’ is that Liz Lemon is sort of like Buster Keaton – she’s always the fool, the joke is always on her.

’30 Rock’ is my favorite TV show and Tina Fey is one of my heroes. She was a dream to work with and the whole cast was just absolutely lovely.

I mangle phrases constantly. The other day I was chatting with my boyfriend and I said to him, ‘He really sold him under the bus.’ And he said, ‘I think you meant ‘threw him under the bus,’ or ‘sold him up the river.’

Every time I do a play, it’s as if I’ve never done one before. I’m always confused. I always am convinced I’m going to be fired. I’m like, ‘I don’t remember how to act. I don’t know how to do this.’ And, it’s just a very slow process, and then, all of a sudden, it’s just there one day. I still don’t understand how it happens.

It’s interesting to me because theater is, on any given day, 10,000 times harder than film and television. And that’s not to say film or television can’t be hard or challenging; it’s emotional to do the same thing over and over and over. But in terms of stamina, there is nothing like an eight-show week to separate the men from the boys.