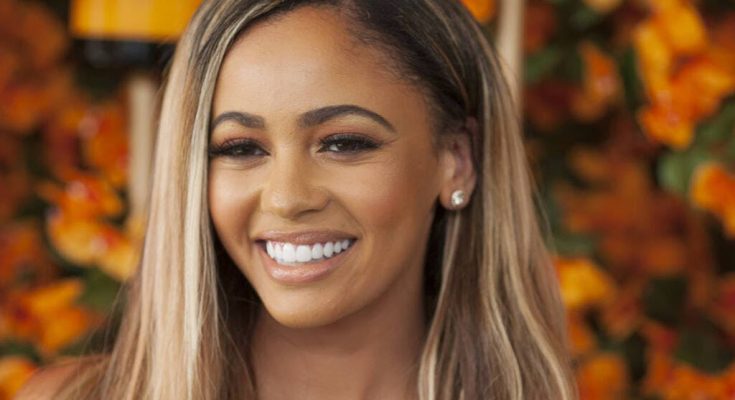 Vanessa Morgan looks astonishing without makeup. Below, she is pictured with little to no makeup on her face.

Vanessa was born March 23, 1992 in Ottawa, Canada. She has Scottish and African ancestry. Morgan became famous as Amanda Pierce on TV series The Latest Buzz in 2007 and was even more successful on show My Babysitter’s a Vampire as Sarah. She also appeared in couple of movies, including Frankie and Alice, and Geek Charming. Vanessa is dating professional ice hockey player Nathan MacKinnon.

Vanessa Morgan is looking marvelous when she is makeup-free. Check out her natural beauty and impressive skin.

A lot of people judge bisexuality as ‘being promiscuous’ or something like that. But I believe you can love somebody; you can fall in love with a person’s soul.

I’ve been doing this journey in acting and singing since I was six years old, and I definitely think this will take me to the next level – in movies.

I was in a music class when I was little, and they discovered I had a talent and could sing. From there, I joined this singing troupe in California, and I would just go sing at festivals in this girl group and perform as much as I could.

I’m working on my music – I’ve taken a little break from it and want to get back into that.

I definitely think awards ceremonies should have gender-neutral categories.