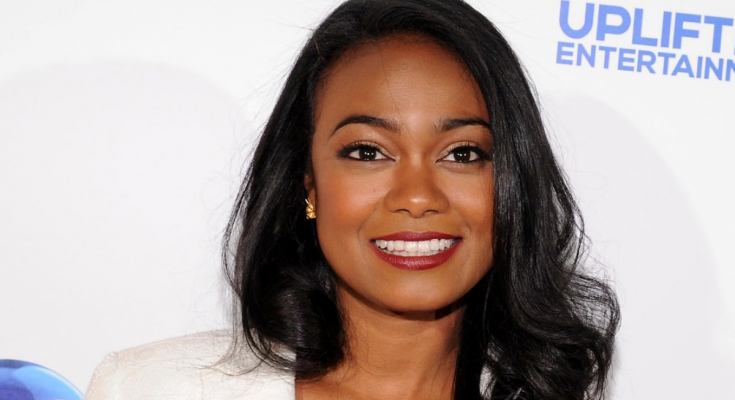 Tatyana Ali looks gorgeous without makeup. Below, she is pictured with little to no makeup on her face.

Tatyana was born January 24, 1979 in North Bellmore, New York into an interracial family. As a kid, Tatyana already played in Sesame Street and later appeared in many movies. Her filmography includes for example National Lampoon Presents Dorm Daze, Hotel California, and Home Again. But many women know her as Roxanne from the soap opera The Young and the Restless.Ali earned her bachelor’s degree in African-American studies and government at Harvard and supported Barack Obama in his political ambitions. From 1995 to 1998, Ali dated actor Jonathan Brandis. After that, she was in a long-term relationship with a boyfriend Vaughn Rasberry. They engaged in 2016 and got married later the same year.

Tatyana Ali is looking remarkable when she is makeup-free. Check out her natural beauty and beautiful skin.

I had short hair for a while, but I ended up loving it.

I even lived on campus to get the college experience. I had five roommates and I still keep in touch with them while I’m on the road.

Is America truly a democracy? Has America ever been a democracy with the institution of slavery?

I never set out to be a role model, but I guess parents like it because I am dedicated to school.