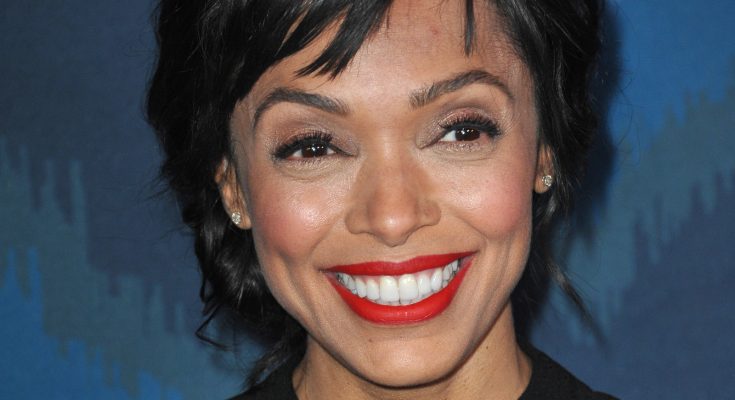 Tamara Taylor looks typically enchanting, but what does the model look like without makeup? Below are pictures revealing how her makeup-free face looks.

Tamara was born September 27, 1970 in Toronto, Canada. After short career in modeling industry, young Taylor started as an actress at age of 21. You might remember her as Grace Wilcox from Party of Five, Dr. Ana Syphax from City of Angels, or Sarah Timmerman from Hidden Hills. Her so far most successful role is Dr. Camille Saroyan in TV series Bones. In 2014, she’s still filming new episodes. Tamara Taylor was married to Miles Cooley from 2007 to 2012 and has no kids.

Tamara Taylor is looking gorgeous when she is makeup-free. Check out her natural beauty and beautiful skin.

I was an only child, and my mom threw me into some modeling classes to get me out of my shell.

L.A. has a lot of good flea markets – the Rose Bowl is always a good one. I have taken to eBay, too. Some of my favorite things – especially chairs, for some reason – I got on eBay.

I think people can’t say anymore, ‘Celebrities should keep their political opinions to themselves,’ because we elected a reality TV star, so I think that’s off limits.

I have a theory that people are either born ‘yeses’ or ‘nos’.

Have the pride of the brown girl and know that you’ll figure out your own beauty in time.