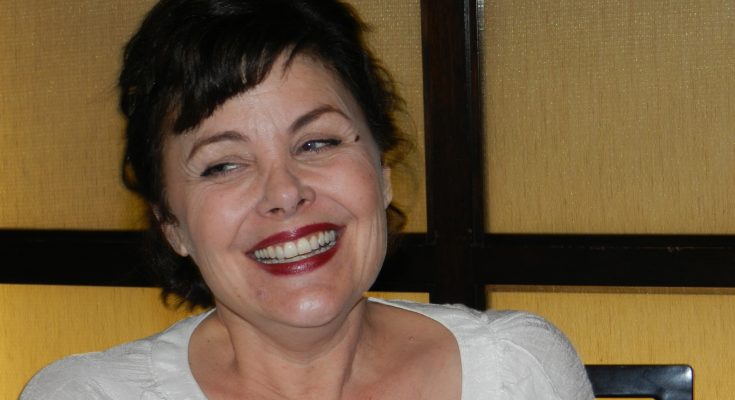 Sherilyn Fenn looks impressive without makeup. Below, she is pictured with little to no makeup on her face.

Sherilyn was born February 1, 1965 in Detroit, Michigan. Her ancestry includes Irish, French, Hungarian, and Italian genes. She was raised as Roman Catholic and her family relocated to LA, California when she was 17 years old. She started studying at Lee Strasberg Theatre Institute and pursued a career as an actress. Some of her memorable roles are Audrey from Twin Peaks and Helena from Boxing Helena. Fenn used to be married to Johhny Depp for couple of years. The got divorced in 1988. She currently lives with her second husband Dylan Stewart.

Sherilyn Fenn is looking captivating when she is makeup-free. Check out her natural beauty and incredible skin.

Twin Peaks was special because it was so groundbreaking. In the early ’90s it really changed television a lot. A bunch of weird shows, like Northern Exposure, came on after that.

I was told once that I didn’t play the Hollywood game, and that’s why I wasn’t a big star. What they meant when was that I don’t go to parties, and when I go to an audition and I don’t like the script, they know it.

Harrison Ford… I love him. He’s a man’s man.

Generally, Hollywood makes the same stories over and over. I’ve never wanted to do the same thing twice. If a script doesn’t surprise me in some way, I simply can’t commit to the project.