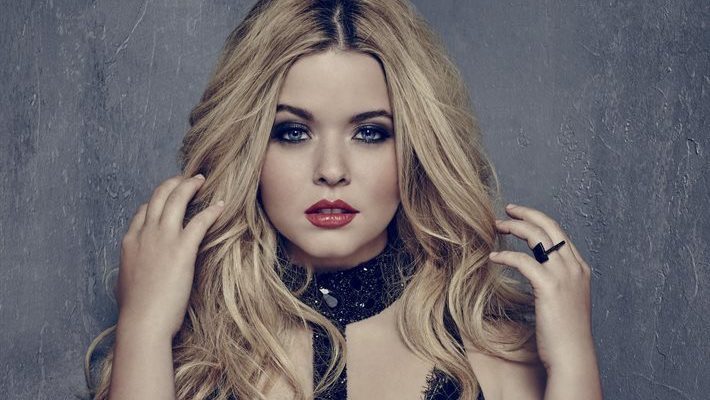 Even without any makeup, Sasha Pieterse looks enchanting. Below, the model is pictured with little to no makeup on her face.

Sasha was born February 17, 1996 in Johannesburg, South Africa. Her family immigrated to the USA when Pieterse was only three years old. Sasha began her successful career as an actress and singer. Her most famous role is Alison DiLaurentis on TV series Pretty Little Liars but she played also in Family Affair, Wanted, and Heroes. Her recent movies are X-Men: First Class, Geek Charming, and Inherent Vice.

Sasha Pieterse is looking gorgeous when she is makeup-free. Check out her natural beauty and astonishing skin.

My mom used to make my costumes when I was little; she sews a lot. One year, I was a bride and I had a big wedding dress and a bouquet. Another year I was a medieval princess with a long teal dress and a veil. It was a little extravagant, but it was cute!

The vibe of my wedding is kind of going to be ethereal. Simple and modern, in a way, but with a lot of greenery. So, eucalyptus, olive branches, moss, and candles – it’s going to be very… I want it to feel very comfortable, but obviously sleek.

I’ve been singing for a really long time and I love a lot of genres, but country just seemed like the best fit. The people in that genre are just so nice and welcoming. And that seemed so appealing. Also my voice fit it and seemed like the way to go.

I was home-schooled and I graduated super-early. But I’ve always had older friends, so I got to go to all their dances. I got the best of both worlds. I had the choice to go to prom with a friend of mine and I decided not to because I was filming very close to that. But red carpets and the ‘G.B.F’ prom were so much better.