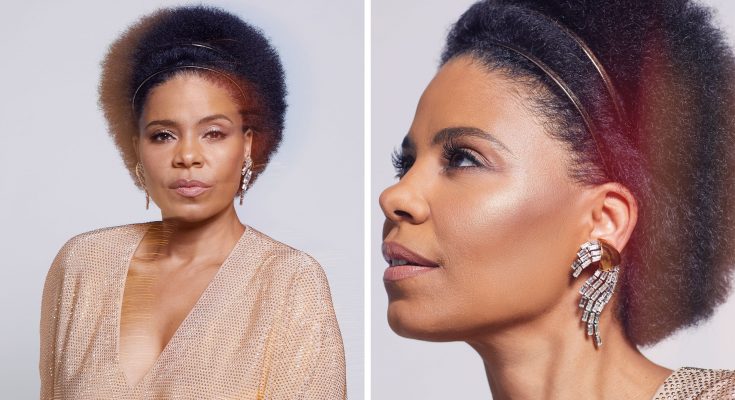 Sanaa Lathan looks marvelous without makeup. Below, she is pictured with little to no makeup on her face.

Sanaa was born September 19, 1971 in New York City. She has African and Native American ancestry. She holds two college degrees. One degree in English from University of California and other one in Drama from famous Yale University. Her notable movies include Blade, Alien vs. Predator, and Powder Blue. In 2015, Lathan will appear on The Perfect Guy.

Sanaa Lathan is looking stunning when she is makeup-free. Check out her natural beauty and astonishing skin.

I got nominated for a Tony, which was a complete surprise. It was an experience that I will always cherish.

The Alien is gross, scary. There is something in a human being that looks at them and sees it as a cockroach. You can never feel nurturing towards the cockroach.

Being strong can be also feminine. I don’t think feminine equals being weak. Being strong is very sexy.

Sometimes when you don’t care, people are attracted to that.

CGI is done after the film is done. It’s through the computer. Most of the film is not computer-generated special effects. Most of it is that creature that is in the room with you.