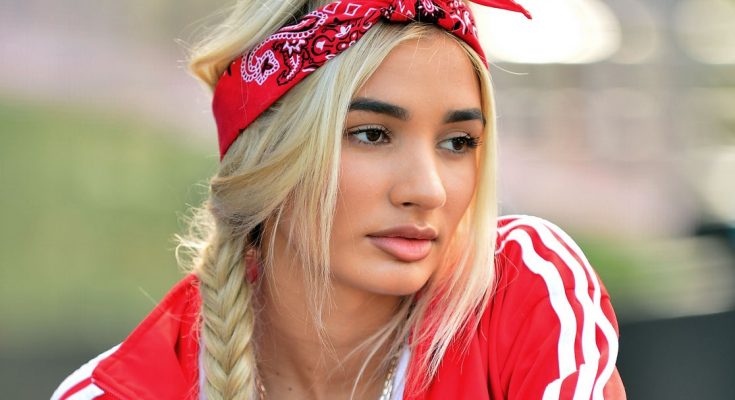 Pia Mia looks astonishing without makeup. Below, she is pictured with little to no makeup on her face.

Pia Mia was born September 19, 1996 on Guam. She’s a rising star. In 2014, Pia’s song became a part of soundtrack for sci-fi movie Divergent. You should expect her first studio album in the first quarter of 2015. Pia Mia was a great friend of Bella Thorne. They became close when Pia dated Bella’s brother Remy Thorne. However now apparently both of those relationships ended. In 2014, Pia Mia and Jesse McCartney hosted Annex Magazine Cover Party at Kia Malibu Estate giving that way a lot of PR support to the new luxurious model Kia K900.

Pia Mia is looking admirable when she is makeup-free. Check out her natural beauty and extraordinary skin.