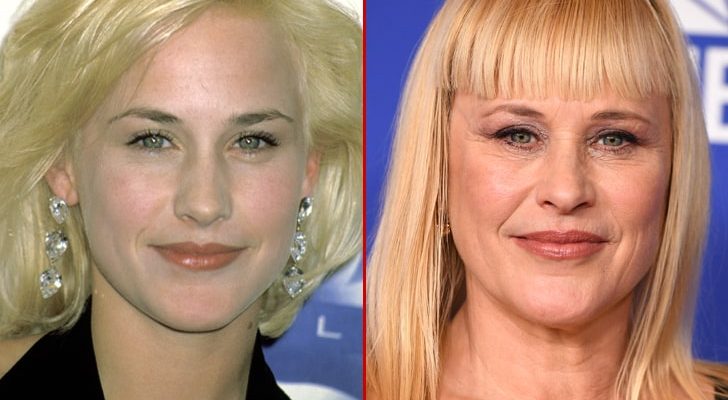 Patricia Arquette looks captivating without makeup. Below, she is pictured with little to no makeup on her face.

Patricia was born April 8, 1968 in Chicago, Illinois. She was once married to the famous actor Nicolas Cage. But the couple divorced in 2001. Her second husband was Thomas Jane but even this marriage ended by divorce. Young Patricia played in many movies, that required some serious levels of nudity on her side. In film like Flirting with Disaster from 1990’s, Arquette had slim measurements and flat belly. In 2001 movie Human Nature, Patricia already has slightly fuller curves and larger bra size. Since her second pregnancy in 2002, Arquette has some visible weight gain. She still has very attractive hourglass shaped body and her large cup size made some of her fans wonder whether she has breast implants or not. But her curves are all natural.

Patricia Arquette is looking gorgeous when she is makeup-free. Check out her natural beauty and admirable skin.

We all go through life living in little bubbles, which we share with people who think pretty much the same as us.

We never thought ‘Boyhood’ was ever gonna become Oscar-considered. Our shooting budget was $2.8m for 12 years. Altogether. I didn’t know if anyone would see it or appreciate it.

There really is a lot of pressure on actresses to look a strange and unrealistic way. You’re not supposed to age. You’re supposed to be perpetually incredibly attractive because that’s the way the movie world is.

Hippy people had a hopeful idea of what they wanted the world to be like, then most of them changed into corporate Yuppies. But I still have that hippy thing underneath somewhere.

This idea of the world expecting you to remain an ingenue forever – it’s a very short shelf life if you’re going to commit to that as your career, and I knew that early.