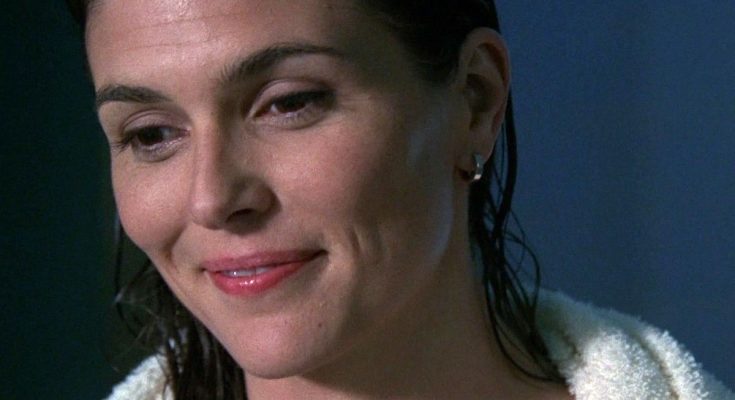 Paige Turco looks marvelous without makeup. Below, the model is pictured with little to no makeup on her face.

Paige was born May 17, 1965 in Springfield, Massachusetts. Her first big role was April O’Neil in Teenage Mutant Ninja Turtles II. Young Turco was also part of the main cast for several TV shows. You could see her as Dinah Chamberlain on Guiding Light and Melanie Rampal on All My Children. Later, she appeared on The Agency as Terri Lowell and on Big Shots as Lisbeth Hill. In 2014, Turco is starring as Councilwoman Dr. Abigail Griffin on TV show The 100.

Paige Turco is looking hot when she is makeup-free. Check out her natural beauty and phenomenal skin.

You need to talk about sex with a sense of humor, especially because sex is a sensitive area for a lot of people.

I do want people to see me as a well-rounded actress, not just someone who plays in ‘Turtle’ movies.