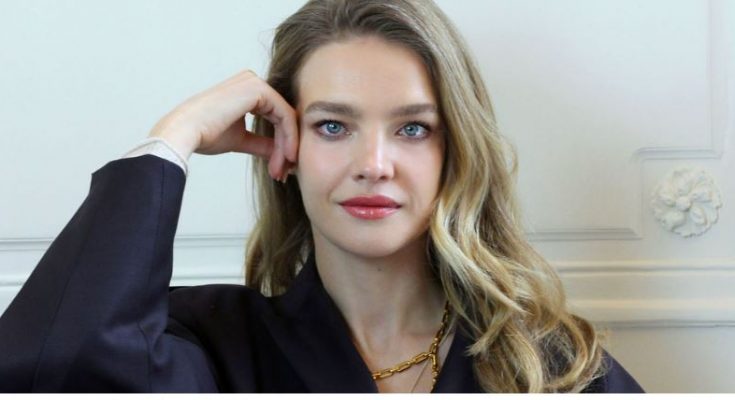 Natalia Vodianova looks lovely without makeup. Below, she is pictured with little to no makeup on her face.

Natalia was born 28 February 1982 in Gorky, Soviet Union. Her modeling career started at early age of 15 and two years after that, Natalia moved to Paris. Beautiful Vodianova appeared on cover pages of Bazaar, Vogue, Elle, and countless other fashion magazines. She worked for famous brands like Calvin Klein, L’Oréal, Louis Vuitton, Chanel, Gucci, Versace, and Yves Saint Laurent. Talented Natalia appeared also couple of times in movies. She played for example Medusa in Clash of the Titans. She’s dating Antoine Arnault and in 2014, Natalia gave birth to their first son.

Natalia Vodianova is looking marvellous when she is makeup-free. Check out her natural beauty and extraordinary skin.

Moscow is a huge inspiration for me. I love what I find here, I love being here.

If you never know hardship, you can’t really support people around you.

I live a very different life now, with incredible privileges, but looking back I realise that growing up in Russia gave me tools that other people don’t necessarily have – such as the will to push that bit further, to make things happen, to succeed.

I completely admire my mother for raising a child with cerebral palsy at home.

If you are ambitious you can have a moment of glory but it will most likely be temporary. But talent always finds its way out.