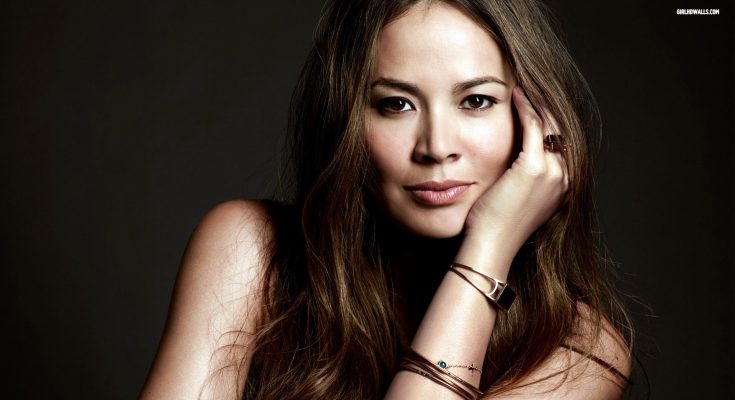 Moon Bloodgood looks alluring without makeup. Below, she is pictured with little to no makeup on her face.

Moon was born September 20, 1975 in Alliance, Nebraska. Her ancestry is half-Korean (from mother’s side) which gives her exotic look. In 2009, Bloodgood peaked as #20 in 2009 on Maxim’s Hot 100 list. It isn’t coincidence that it was the same year that she posed in very hot lingerie for this mag. In 2011, Moon married her boyfriend Grady Hall and one year later gave birth to their daughter Pepper. Some of her more recent movies include Bedrooms, Conception, and The Sessions. As Livia Beale on Journeyman, Moon also undressed to underwear, proving once more how great her curves look.

Moon Bloodgood is looking astonishing when she is makeup-free. Check out her natural beauty and impressive skin.

I’ve always been into sports and being physical.

I would much rather watch a horror film or science fiction than a comedy. I don’t know why. I just like them. I find them relaxing.

I try to be a good, diligent actor.

I love people who are real.