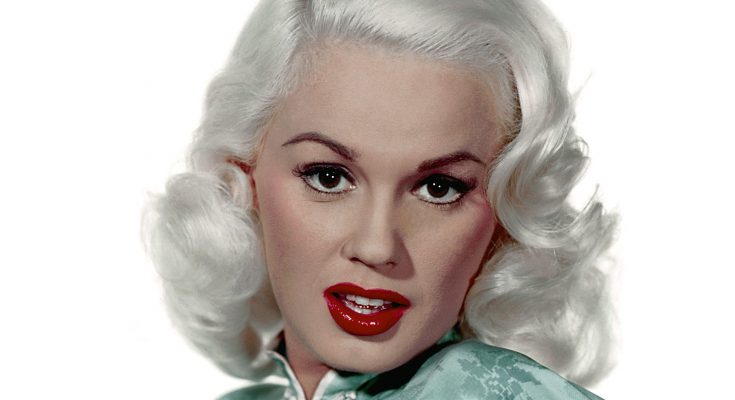 Mamie Van Doren looks gorgeous without makeup. Below, she is pictured with little to no makeup on her face.

Mamie was born February 6, 1931 in Rowena, South Dakota as Joan Lucille Olander. Mamie is a very successful actress that was often compared to Marilyn Monroe as her look closely resembled Marilyn’s one. Van Doren was married five times. She currently lives with her fifth husband Thomas Gordon Dixon. Mamie played in many notable movies, such as The All American, Untamed Youth, and The Navy vs. the Night Monsters.

Mamie Van Doren is looking attractive when she is makeup-free. Check out her natural beauty and glorious skin.

It isn’t so bad getting old. It really isn’t. As long as I can stay healthy.

I was groomed as a so-called sex symbol, a rival to Marilyn Monroe, and from then on, whenever my picture appeared in paper, it was ‘sex kitten,’ ‘sex symbol,’ ‘sex goddess,’ ‘sex pot.’ I’ve accepted it, and I’m flattered, but in some ways, it’s been a hindrance to me because I haven’t been able to be taken seriously as an actress.

It is possible that blondes also prefer gentlemen.

Sometimes I think I made a big mistake by not paying more attention to Prince Axel. He was looking for a wife and genuinely cared for me. Well, he had the hots for me is more like it. I would have made a great princess.

Being a sex symbol had its advantages. You got to meet a lot of interesting people, and men especially. It was a man’s world in those days, and I had a lot of luck with men.