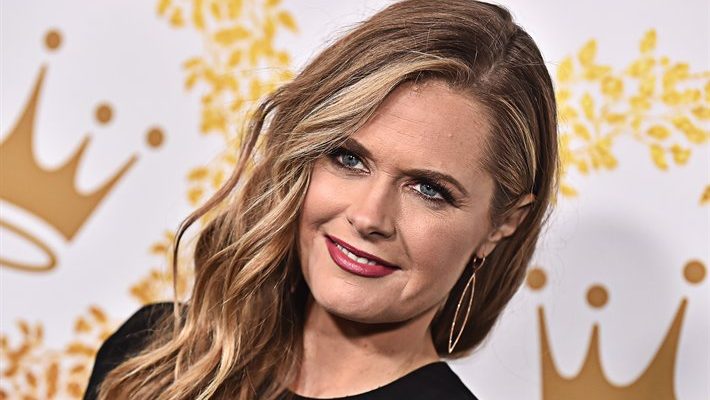 Maggie Lawson looks typically astonishing, but what does the model look like without makeup? Below are pictures revealing how her makeup-free face looks.

Maggie was born August 12, 1980 in Louisville, Kentucky. She had many roles on various TV shows, including Liz Stoddard-Banks on It’s All Relative, Juliet O’Hara on Psych, and Terry Gannon on Back in the Game. She’s married to James Roday since 2006. In 2014, Lawson will be starring as Kate on Save the Date which is definitely a good news for her numerous fans.

Maggie Lawson is looking marvelous when she is makeup-free. Check out her natural beauty and admirable skin.

Rice cakes and peanut butter is my favorite snack in the whole wide world.

I played softball for a few years growing up. Both my brothers played baseball.

I’ve always wanted to work with dogs, so in high school, I worked at the Humane Society for a little while. I honestly think, even today, that would be the other career I would go into. Somehow I would be involved with animals.

I grew up in Kentucky, so we do not have a pro team. My family was split between the Cubs and the Reds. I would say I go Cubs usually. That’s sort of where I grew up. My older brother was a huge Reds fan.