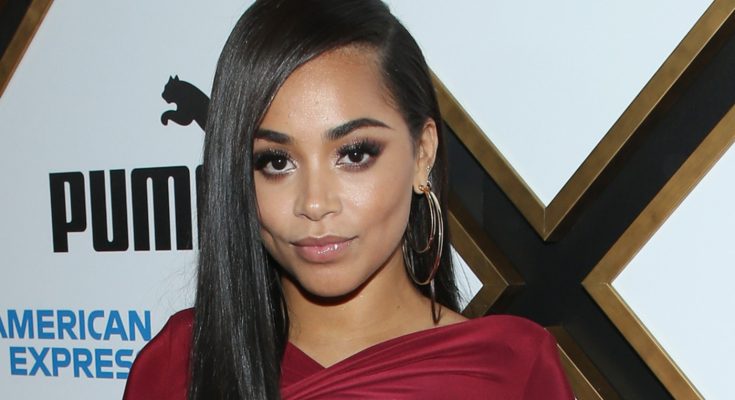 Even without any makeup, Lauren London looks enchanting. Below, the model is pictured with little to no makeup on her face.

Lauren was born December 5, 1984 in Los Angeles, California. In 2014, London is starring in TV series The Game. She had episode roles on 90210, Entourage, Reed Between the Lines and several other TV shows. Her notable films include Next Day Air, Madea’s Big Happy Family, and Baggage Claim. London has one kid with rapper Lil Wayne. Their son Cameron Carter was born when they were no longer in relationship.

Lauren London is looking hot when she is makeup-free. Check out her natural beauty and captivating skin.

I don’t have a lot of friends; most of the friends I have, I’ve had since high school.

When love is absent, then there is fear, and in my opinion you should lead your entire life through love.

People see the ‘Lil’ Wayne’ persona and think they know who he really is. My son’s father is an intelligent, loving and lovable person who will always be a dear friend. That is all.

I’ve always been a performer. That’s just what I know.

My first acting job – I used to do commercials, and I had done a couple music videos – but my first job job was ‘ATL’ with T.I. I auditioned for that, like, five times. I didn’t have an agent. And then, from there, my life changed.