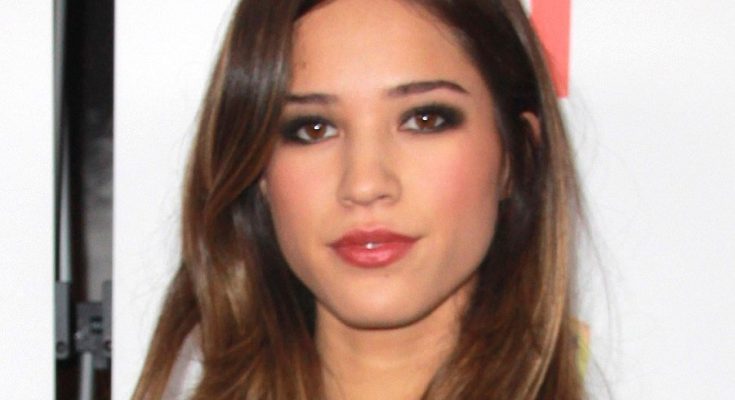 Kelsey Chow looks remarkable without makeup. Below, the model is pictured with little to no makeup on her face.

Kelsey was born September 9, 1991 in Columbia, South Carolina. She has Chinese, Cherokee, and English ancestry. CHow became famous as Gigi Silveri on TV series One Tree Hill. Her another main role was Mikayla Makoola on Pair of Kings. She also appeared on several movies such as My Sweet Misery, he Wine of Summer, and Run. Kelsey is currently studying at Columbia University.

Kelsey Chow is looking alluring when she is makeup-free. Check out her natural beauty and splendid skin.

I’m very lucky to have a strong support system with my friends and my family. They have kept me grounded.

One Tree Hill’ was my first television experience, so naturally I was nervous initially. There is no rehearsal, you get your script a few days ahead, and you work. I was also the youngest actor, 13, on set at that time, but it was amazing to be able to ‘learn the ropes’ with such a supportive group of people.

One Tree Hill’ will always be very, very special to me. It was my first television show. And my first gig in the business. It was surreal. I booked the role when I was 13. I had just started high school, and literally, I think, a week into high school, I found out I got the role. It was unimaginable! I learned so much from that show.

Dance and theatre afforded me the opportunity to discover my passion for acting, for telling stories.