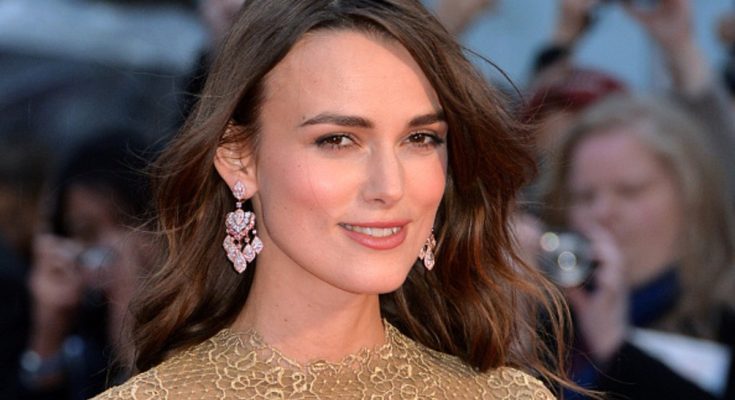 Keira Knightley looks typically extraordinary, but what does the model look like without makeup? Below are pictures revealing how her makeup-free face looks.

Keira was born 26 March 1985 in Teddington, London. She’s acting since she was six years old. However, Knightley became more famous around the year 2000, when bigger roles were offered to her. She played in Bend It Like Beckham, Doctor Zhivago, King Arthur, and Pride & Prejudice. In more recent movies like The Edge of Love and A Dangerous Method, Keira doesn’t hesitate to appear in nude scenes. This again spurred wide debate about her body measurements, especially her low weight. Knightley had to deny rumours that she’s anorexic on several occasions.

Keira Knightley is looking incredible when she is makeup-free. Check out her natural beauty and captivating skin.

I’m doing a film now with a lot of guys as well, so at the end of that I will be growing a beard.

I like watching films when I don’t know anything about the people.

If only I wasn’t an atheist, I could get away with anything. You’d just ask for forgiveness and then you’d be forgiven. It sounds much better than having to live with guilt.

It’s an interesting thing when you discover something about yourself. To go: ‘Wow, I’m not the person I thought I was. I’m in the middle of something and I can’t actually deal with it.’