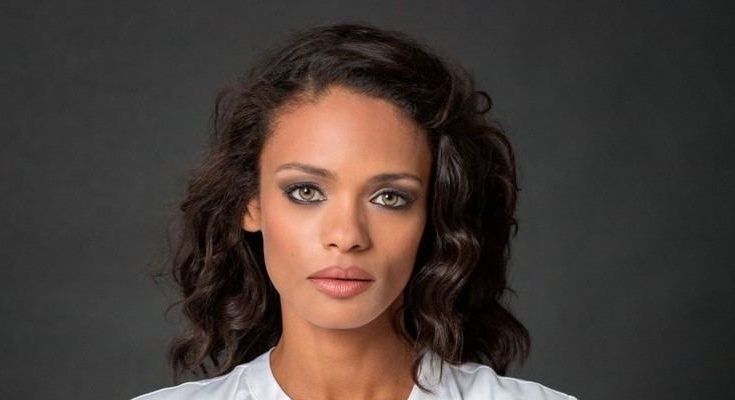 Kandyse McClure looks amazing without makeup. Below, she is pictured with little to no makeup on her face.

Kandyse was born March 22, 1980 in Durban, South Africa but later immigrated to Canada and pursued acting career. During the years, she played in several sci-fi shows, such as Battlestar Galactica, Andromeda, and Smallville. In 2017, she will be starring in SyFy’s Ghost Wars.

Kandyse McClure is looking glorious when she is makeup-free. Check out her natural beauty and amazing skin.

Living here in North America – I have been Americanized. When I go back home now, there are things that I have far less tolerance for in South Africa. We’ve come such a long way in terms of race relations and the economy as well as people’s willingness to move on. There are still a lot of things that are frustrating about being in South Africa.

This is going to sound pretentious and esoteric, but I truly mean it from the bottom of my heart. Acting has always been a spiritual journey for me. The very first project I ever acted on paralleled my experience so perfectly even before I was aware of it.

I read that when cats are cuddling and kneading you, and you think it’s cute, they’re really just checking your vitals for weak spots.

Candice is the original spelling of my name. I changed it to Kandyse when I was really young and first starting out in the business as kind of a joke. I didn’t realize it would stick! I did consider changing it, but then it seemed too confusing, so then I asked them to change it back. Not too soon, however!