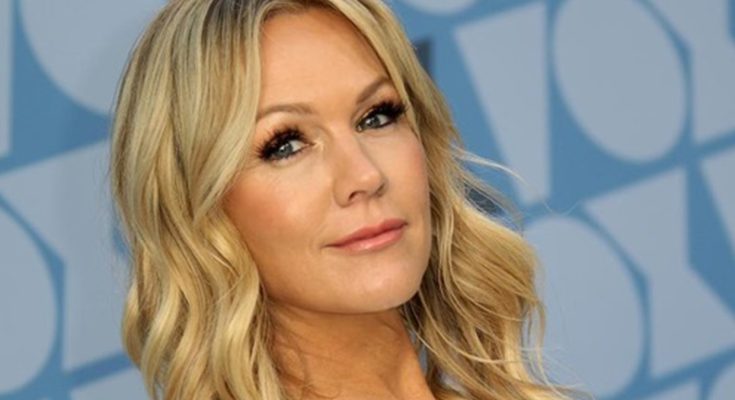 Even without any makeup, Jennie Garth looks hot. Below, the model is pictured with little to no makeup on her face.

Jennie was born April 3, 1972 in Urbana, Illinois. Her career had fast beginning thanks to Beverly Hills, 90210 series. She also appeared later in remake of the show, named now simply 90210. In 2007, Garth competed on Dancing with the Stars, paired with professional dancer Derek Hough. In 2012, she released her own reality TV series Jennie Garth: A Little Bit Country. Jennie was married to Daniel Clark for couple of years in nineties. Her second husband was Peter Facinelli but they also eventually divorced in 2013. Garth has three kids.

Jennie Garth is looking extraordinary when she is makeup-free. Check out her natural beauty and amazing skin.

I have a strong constitution.

If there’s an energy between two people it doesn’t matter what you look like or what you do for a living or where you live.

I still enjoy acting. I love the moment in front of the camera, but it’s all the other moments that I don’t enjoy. The ‘business’ aspect of it, the gossip. I really dislike about 99% of what I do, but I like that 1% when I’m on camera.

I could have probably raised them in L.A. and they would have been great and had so many things at their fingertips and been exposed to so many things. But we travel a lot, so I don’t think that moving out of town is sheltering the girls at all. Maybe protecting them a little bit more, trying to prolong their youth.

With the chronic obesity in America, it’s more important than ever to not only feed kids healthy foods but to teach them how to make healthy choices on their own.