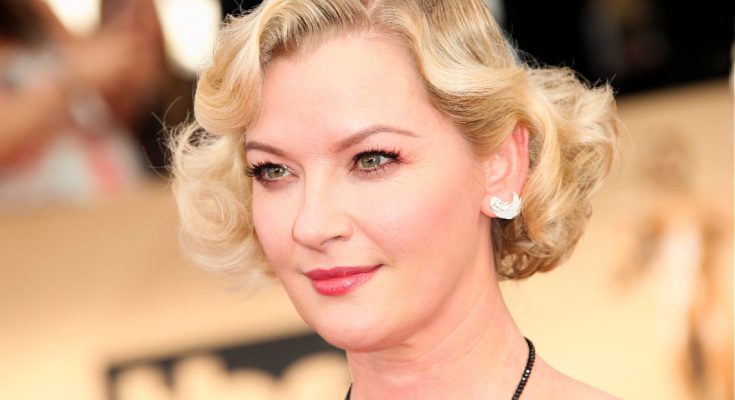 Gretchen Mol looks phenomenal without makeup. Below, she is pictured with little to no makeup on her face.

Gretchen was born November 8, 1972 in Deep River, Connecticut. After brief modelling career, Mol focused on acting. She appeared on Spin City, 3:10 to Yuma, Donnie Brasco. In 1998, young Gretchen posed for cover page of Vanity Fair magazine, wearing thin dress and being obviously braless. This was definitely a little controversial but Mol has curves to afford this type of photo shoot. She’s married to Kip Williams since 2004. They have two kids.

Gretchen Mol is looking attractive when she is makeup-free. Check out her natural beauty and gorgeous skin.

The interesting thing about Bettie Page that I discovered was to leave the mystery. She always retained a little mystery. Let there be some unknowns.

Donnie Brasco was great, but the energy on the set made it kinda hard to get in there and have an opinion.

I began thinking I would do musical theater because in high school that was really the only sort of curriculum they had as far as getting onstage and doing anything that anybody would see. So that’s what I did.

I think it’s sort of disrespectful to the partner you’re having sex with to talk about it.

People were always able to look at Bettie Page and see what they needed her to be and she gave them that permission to do so. So in that way she’s a feminist but I don’t think she was ever trying to be.