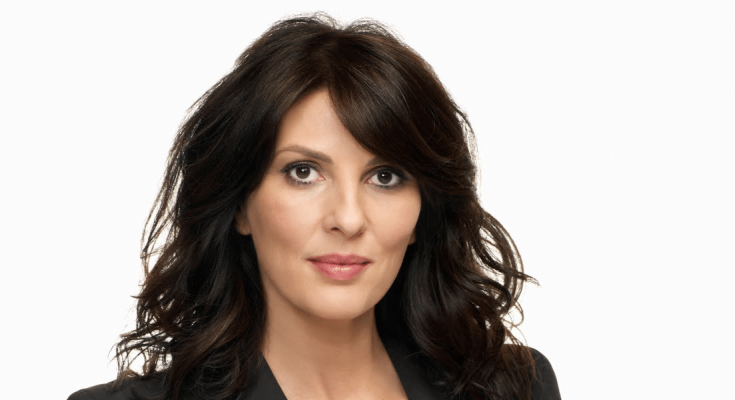 Gina Bellman looks stunning without makeup. Below, she is pictured with little to no makeup on her face.

Gina was born 10 July 1966 in Auckland, New Zealand. She has Polish and Russian ancestry. Bellman used to date fellow actor Sam Rockwell but eventually married Lucho Brieva in 2005. The couple divorced only two years later. Her second husband is Zaab Sethna. They have one daughter. Gina’s by far most famous role is Sophie Devereaux from TV show Leverage. But she also appeared on multiple movies, including Paranoid, Sitting Ducks, and Zerophilia.

Gina Bellman is looking hot when she is makeup-free. Check out her natural beauty and impressive skin.

The only time I get recognised is when I go somewhere that is showing ‘Coupling’ on local television.

There was a time when going out to parties and dinner parties and clubs was an exciting thing to do. I’d wake up in the morning and immediately think, ‘Now what am I doing tonight?’ Now I’d be more likely to reach for a book.

Any friendship or relationship is about a language.

Some people think it’s an easy gig working as an extra, but you often have to stay very concentrated for long stretches in challenging conditions.

I don’t like dressing up, and I don’t like putting on make-up or doing the red carpet. The only red carpet events I go to are if I’m supporting a friend.