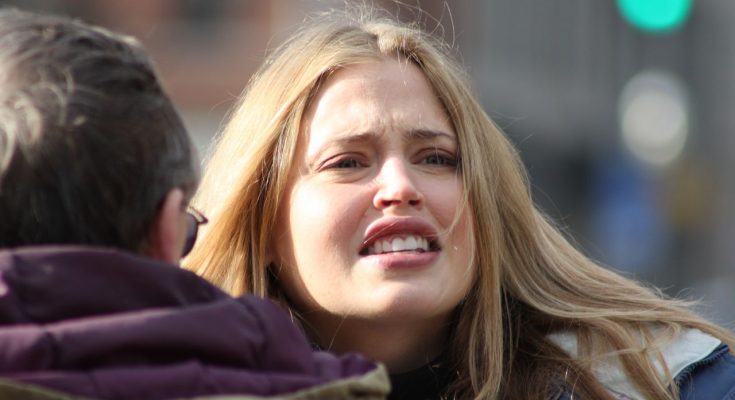 Estella Warren looks incredible without makeup. Below, she is pictured with little to no makeup on her face.

Estella was born December 23, 1978 in Peterborough, Canada. She has two older sisters. This hot model appeared on the cover of GQ, Maxim, Max, Ice, Cosmopolitan, and many others. In two 2009 movies, her bust looked much fuller than usually which triggered speculations about her possible breast augmentation surgery. However in Blue Seduction, Warren wore lace push up bra and in Beauty and the Beast it was heavily padded leather corset that enhanced her curves without any plastic surgery.

Estella Warren is looking impressive when she is makeup-free. Check out her natural beauty and amazing skin.

I suddenly felt the plane go down. I thought we were going to die. I was really scared. I was sitting with my head in my hands.

I’ve been really lucky. When I decided to go to LA I said I was going to quit modelling and just go and see how I do. In the first two weeks I got three movies. I was so excited I had all my furniture shipped out from New York.

I think acting is definitely the most fulfilling, because it’s the most challenging in my mind.

I thought, ‘If I’m going to die, I’m going to videotape it.’ So I got out my little video recorder and was taping goodbyes to my family.

I really appreciate the sport background because the structure and the discipline that that gives a person is incredible, and it just carries with you wherever you go.