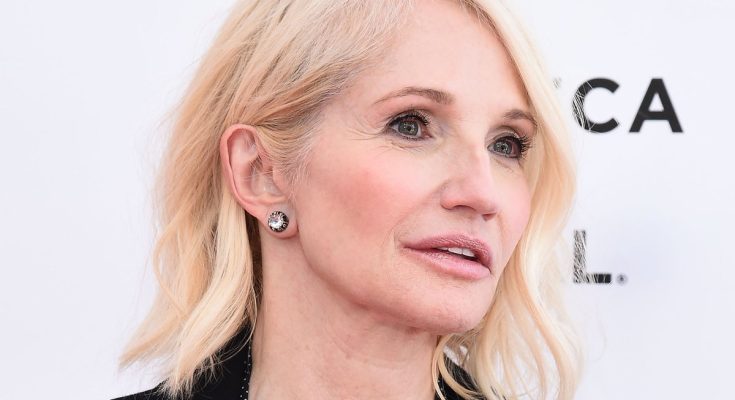 Ellen Barkin looks hot without makeup. Below, the model is pictured with little to no makeup on her face.

Ellen was born April 16, 1954 in Bronx, New York. She has Jewish ancestry. Barkin played in several movies in 1980’s and completed this era with 1989 movie Sea of Love, where she played Helen Cruger and showed her gorgeous body measurements in very daring love scenes. Her following movies included Drop Dead Gorgeous, Ocean’s Thirteen, and Operation: Endgame. Barkin also played Jane Forest in TV series The New Normal. She was married twice and has two kids.

Ellen Barkin is looking marvelous when she is makeup-free. Check out her natural beauty and outstanding skin.

When I played Leonardo DiCaprio’s mother, they liked that Leo had very hooded eyes and a rounded nose with a ball. They said, They look like they could be mother and son.

I studied acting for 10 years before I went for an audition. I studied with Lee Strasberg and Actors Studio teachers, and went to the High School of Performing Arts.

I was trained by Method acting teachers and we were taught that aside from whatever gift you may or may not have or the level of that gift, that you were obliged to know how to build a table. It’s a craft. It’s like being a ballerina or a violinist.

I’m not limited by my gender, and I don’t think anyone else should be either. Because I am the age I am and I sort of rode the crest of the first profound post-suffragette feminists, I wasn’t fighting to burn my bra. Those women fought that fight just seconds before I came into womanhood.

Acting is a matter of giving away secrets.