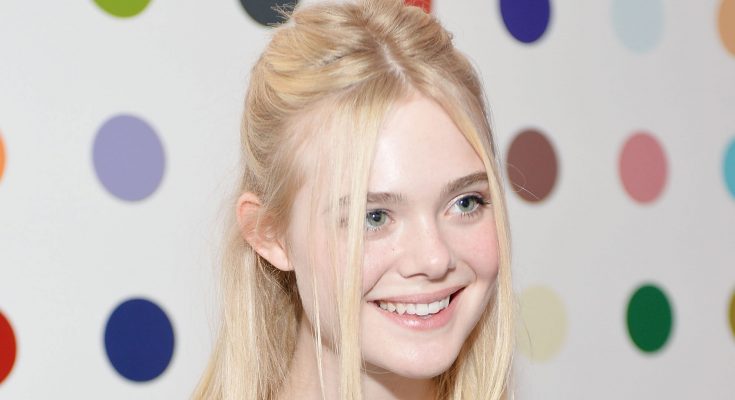 Elle Fanning looks impressive without makeup. Below, she is pictured with little to no makeup on her face.

Elle was born April 9, 1998 in Conyers, Georgia. She began her career as a child actress, same as her older sister Dakota Fanning. But she’s earning more adult roles lately. In 2016, she’ll be starring in The Neon Demon and 20th Century Women. And we got also first dating rumors. According them, young actor Zalman Band is her current boyfriend. Last year, she was in a relationship with Dylan Beck. But we guess that’s over.

Elle Fanning is looking hot when she is makeup-free. Check out her natural beauty and incredible skin.

I always look at Style.com and look at all the designers and I know all the model’s names.

I wore the Marc Jacobs dress, so I love Marc Jacobs. He has a vintage flair. But I’ve always worn a lot of vintage stuff, so it hasn’t been a lot of designers. If I see something that I like, I just buy it.

I like mixing things. I wear a lot of boots. Love boots. And then jeans, but I like to wear them with a really ruffly top. Or I love high-waisted anything.

We take art, and I love all that. But I also like science for some reason. I just like finding out why things happen.

For a long time, I refused to wear jeans. I liked high-waisted pants, but jeans made me feel like I wasn’t being unique. Even now, I won’t wear the skinny-jeans style, because most people wear those – they have to be baggier, boyfriend-looking, or sort of like a mom jean. I’m real funny that way.