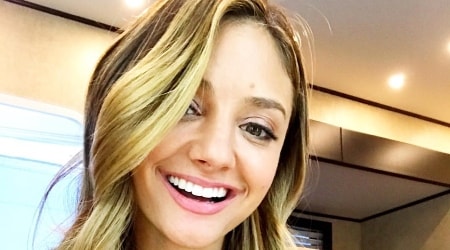 Christine Evangelista looks captivating without makeup. Below, she is pictured with little to no makeup on her face.

Christine was born October 27, 1986 in Staten Island, New York. She studied at the Herbert Berghof School of Acting and the investment into education definitely paid off. After few guest appearances, her career started to rise. Evangelista played for example in The Joneses, Red Butterfly, and The Intern. Most recently, she plays one of the main characters in TV series The Arrangement. Which brings us to her love life.There is a romantic relationship between Megan played by Christina and Kyle played by Josh Henderson. Some fans believed that they must be dating also in the real life. But during one interview Evangelista said that while the chemistry is real, Henderson isn’t her boyfriend. She keeps her personal life pretty private.

Christine Evangelista is looking impressive when she is makeup-free. Check out her natural beauty and lovely skin.