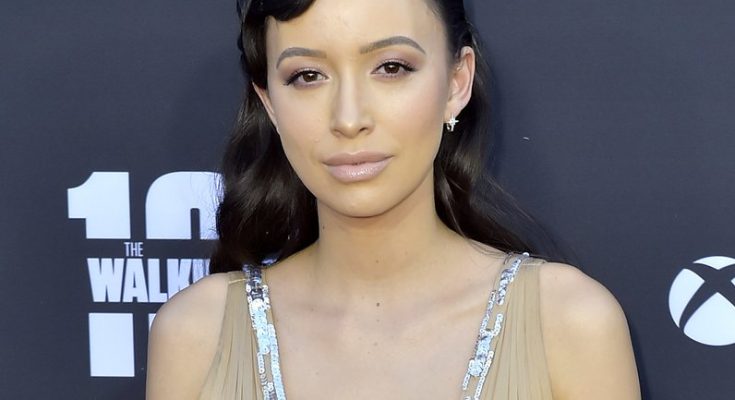 Christian Serratos looks glorious without makeup. Below, the model is pictured with little to no makeup on her face.

Christian was born September 21, 1990 in California. She has Mexican, Irish, and Italian ancestry. As a kid, Christina was starring on TV show Ned’s Declassified School Survival Guide as Suzie Crabgrass. Serratos played also in Twilight trilogy, 96 Minutes, and 7500. Since 2014, Serratos plays Rosita Espinosa on popular TV series Walking Dead. We are sure she has a more great roles ahead of her. She posed for Maxim and FHM. In 2010, Maxim chose her as #65 on it’s Hot 100 list. Christian also posed nude in PETA campaign against fur clothing. This issue is very close to her, since she’s a vegetarian.

Christian Serratos is looking captivating when she is makeup-free. Check out her natural beauty and marvelous skin.

Twilight’ has been a great opportunity, and it’s been great fun. Hey, if I’m 50, and someone still wants an autograph for ‘Twilight,’ OK, cool.

I usually go to Lush for hair products. I had no idea that this existed, but they have a shampoo rock, and it looks like a bar of soap, and I was tripping out when they told me it was a shampoo, so that’s pretty sweet.

I know a lot of people who don’t wash their makeup off of their face at night, and I think that’s the worst thing ever. So my thing is, if you ever have a day that you get dolled up, you have to wash all of that makeup off.

I’d love to play someone who’s insane or something, just so I can go flake out. I like a superhero. I know that’s ironic. That’s where we are, but seriously, it’d be really cool to play a superhero.

I’m not a really big comic book person. I know the typical ones – ‘Spider-Man’ and ‘Wonder Woman’ and ‘Storm’ and that stuff. But don’t quiz me, because I’m not good at things like that.