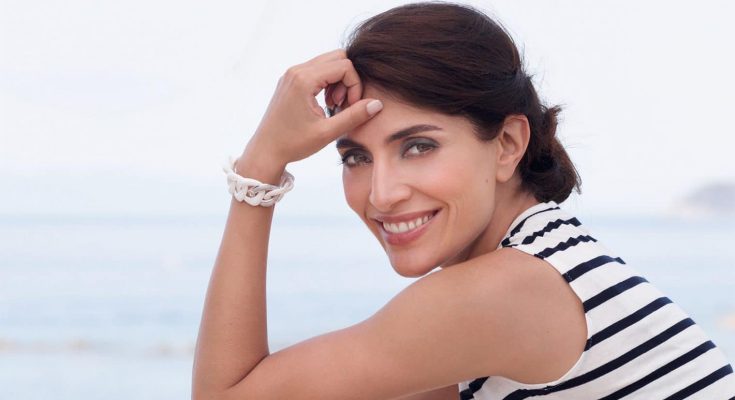 Caterina Murino looks outstanding without makeup. Below, she is pictured with little to no makeup on her face.

Caterina was born 15 September 1976 in Cagliari, Sardinia. In 1996, she competed on Miss Italy contest and ended on a nice fourth place. Young Murino played in several Italian movies but she came to the spotlight in 2006 as a Bond girl Solange in Casino Royal. She has nice full bust and to capitalize on this lovely asset, she wore a low cut dress. In 2015, Murino will appear on Voice from the Stone and The Squad.

Caterina Murino is looking impressive when she is makeup-free. Check out her natural beauty and astonishing skin.

My parents wanted me to be a doctor, and they weren’t very happy at the idea of me choosing acting as a career. Everyone in my family went to university – my older brother is a lawyer – but when they saw me for the first time at the theatre, they thought, ‘OK.’ They like it very much now.

I have a dream of re-creating the fantastic family I grew up in with my brother and my parents. I am lucky that I have such a good image of family life – my father and mother are still in love, still happy.

I don’t go back home to Sardinia as much as I would like, just for Christmas and family events.

Modelling was not very satisfying for me. I came to London to model, and I fell in love with the theatre. I was eating yoghurt every day so that I had the money to go to the theatre. I saw everything. It’s still my dream to be on stage in London.

My favourite animal is the koala, but his life would be boring. I would rather be a giraffe so that I could contemplate the beauty of Africa.