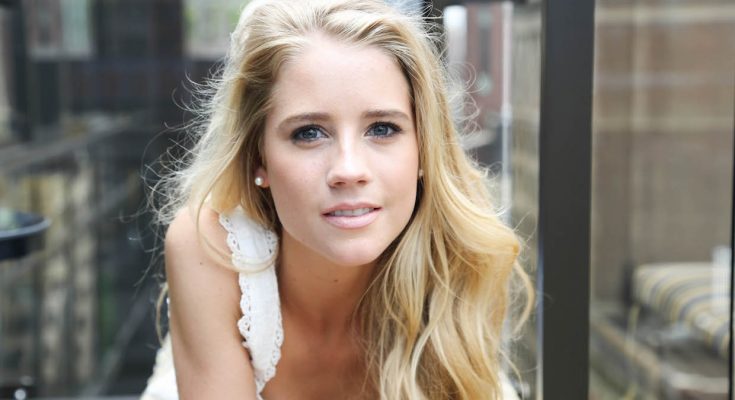 Cassidy Gifford looks lovely without makeup. Below, she is pictured with little to no makeup on her face.

Cassidy was born August 2, 1993 in New York City into a family of a former American football player and actress. No wonder she inherited very attractive looks. In 2011, Gifford guest-starred on The Suite Life on Deck and Blue Bloods. In 2014, she appeared on God’s Not Dead and Superstition. Her career starts to speed up. She should appear in one of the main roles on a new horror movie The Gallows in 2015. And we have a strong feeling that Cassidy still has her biggest roles ahead of her.

Cassidy Gifford is looking admirable when she is makeup-free. Check out her natural beauty and marvelous skin.

Very few people are blessed enough to call their father a legend, and an even smaller number are able to share that notion with the rest of the world.

When I was younger, people kept making offers for different reality shows and stuff.

Honestly, my favorite part of the day was going to play practice.

Philippians 4:13 has never rung so true… You were an unparalleled Giant in all sense of the word, Dad. So keep doin’ you up there, because no one does it better, and no one ever will.

I talk to my mom like any other kid talks to their mom when they live across the country. You call home and check in about what you ate for your breakfast or if I went for a run that day or if I was in a fight with my friend. It’s so normal.