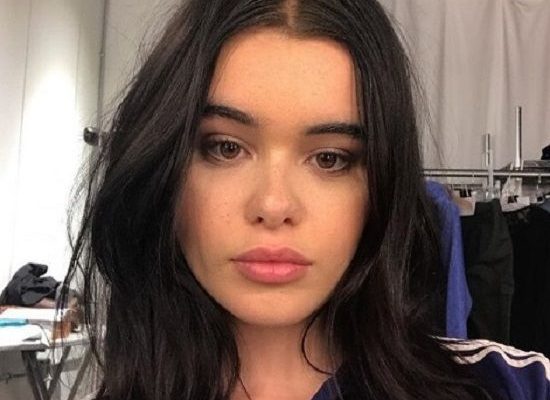 Barbie Ferreira looks beautiful without makeup. Below, she is pictured with little to no makeup on her face.

Barbie was born December 14, 1996 in Queens, New York. She amssed almost half a million followers on Instagram account and publicly declared that she is posting only onretouched pictures. One of her most recognizable campaign is posing in Aerie underwear, wearing white bra and green panties. Commercial was aiming on “real girls” and used Ferreira for this reason.

Barbie Ferreira is looking outstanding when she is makeup-free. Check out her natural beauty and impressive skin.

I used to hate my legs, but I learned to embrace them. They may be bigger than the average person’s, but they’re beautiful. I love them, and I wear short shorts all of the time.

‘Fat’ was a terrible, terrible word for me growing up. When I was able to reclaim it and call myself fat and identify with it, that was the best moment ever. That was the moment I really started to feel free.

I always thought ‘plus-size’ wasn’t a term that was negative – it wasn’t something that I felt was something that was making me any different or making me feel like I was lesser than – and I found a community through it.

When I was younger and really interested in acting, I would look at all the women on TV, and even the ones who were supposed to be ‘geeks’ or ‘less attractive,’ they all looked similar because they were extremely attractive and their bodies were all a certain way.

I am unapologetically myself, no matter what anyone’s opinion is.